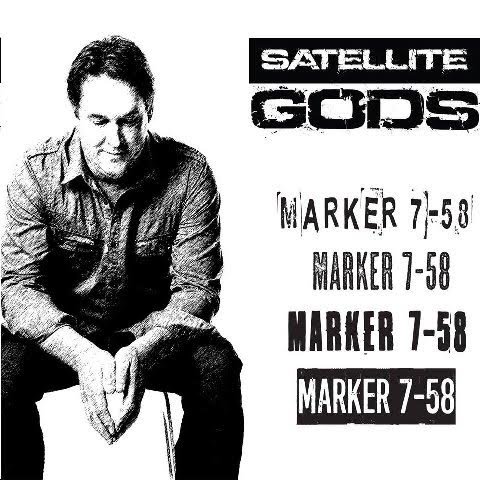 At the start of any career in the music industry, there must be a catalyst that pushes an individual to bear their soul in the form of song.  This business is not easy so the passion must be strong to pursue this musical lifestyle.  We recently came across the story of Brendan McMahon and The Satellite Gods.  Though the journey has just started, the dedication is strong and big things seem to be on the horizon.

The foundation was laid in the teenage years when Brendan would play tennis racquet guitar to legends of Rock such as Led Zeppelin, Black Sabbath, and KISS.  When he finally got his $60 Strat copy guitar, the passion was born and Brendan McMahon poured all his energy into becoming as good with the instrument as possible.

After years of dabbling in cover bands and learning to write his own material, Brendan McMahon put it all together on a lazy Saturday looking out into the field off his back porch and writing an acoustic rock love song to his favorite cow “Morris”.  The floodgates of inspiration opened and the songs began to flow.  He quickly went out and formed the band Satellite Gods to help release his stories to the world.

This remarkable wave of creativity and prolific output that finds the Satellite Gods on a mission to record and release five albums in five years.  Quite a goal but the band is now one step closer with the release of their second album Marker 7-58.  The 13 track record puts together splashes of Rock, Pop, Country, Celtic, Folk, and Blues to show the diverse output Brendan McMahon has to offer.

The opening track and lead single is the hard driving pop-rocker “Falling To Earth”.  The lyrical storytelling paired with an energy that creeps into the listener’s mind making for a song that will have you singing along to the catchy chorus.

There is a more experimental pop sound on “Saturday Night In Riga”.  The rhythm section with its simplistic beat contrasts heavily with an impressive organ solo that shows years of talent.  This one has something for everyone.

The vocals shine on “1 Through 8”, a mellower track with a Blues feel.  Brendan McMahon’s earnest style of singing here raises some emotions and a relatability to the characters in his songwriting.  The feelings arise again on “On My Way” as a journey is shared complete with spectacular imagery.

The Satellite Gods bring back the party atmosphere on “Once”.  The heavily Celtic influenced track will have your head bopping along to the beat as the energy fills your ears.  Complete with a sing along “Aye Aye Aye” I challenge you not to raise your voice, or at least your glass.

The journey concludes with the somber ballad “Walk”.  We are left with beautiful piano accompanying sweet lyrics of a breakup that seems to be inevitable and better for all parties involved.

Actively engaged in fulfilling his “five albums in five years” goal, Brendan is currently recording his third album, Universal, for release later in 2017 and is already writing material for a planned 2018 release.  Keep up with the fast moving musical output of Brendan McMahon and The Satellite Gods on their WEBSITE. 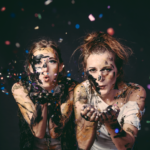 The New Tarot Teases Album with Politically Charged Single Previous
90s Are Making a Comeback with "David Bowie" By I Am... Next 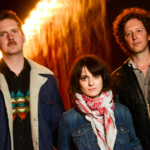 Connect Your Physical World Passions With the Digital World