ITSOKAYTOCRY is tatted to the brim with Gothic emblems and sentiments. Holding that type of character on Hip-Hop’s platform would have been something probably mocked or abandoned around fifteen years ago. Now, it’s a fad that people from the stretches of the northern city and the suburban stretches can pursue without rabid ostracisation.

“Bi-Polar Freestyle” is the latest single from the young Denver Rapper who, although an avid Hip-Hop enthusiast, have never heard of until this point. But that is the beauty of discovering hidden gems and relishes from the internet. Although the Emo-Rap trend is at a peak of phenomenal respect form the youth, ITSOKAYTOCRY has a humble approach to addressing the glamorization of mental illness, even if it isn’t his best pursuit.

In the music video for the single, the leaps back and forth, either leaning forward and creaking on his bicycle, or presenting a medium shot of his head wrapped around in plastic. The music video is appealing with its entourage of discordant and random shots in black and white filter.

With regards to his freestyling, it’s repetitive but purposefully so. In his explanation of the single, ITSOKAYTOCRY emphasizes that mental illness is not something to look forward to. His mantra is that for someone who suffers from a mental illness, it is something that should inspire direct action against it, not admire it.

Other than that, it’s a single that isn’t much different from the rest of it’s trending source. It is, although, an admirable approach to take on an issue as confusing as depression or anxiety, and lays down the discretion advised against its glorification. 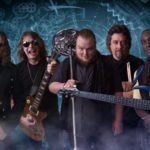 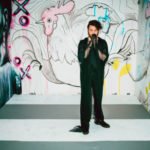