Mikhail Tank – Dark Sounds That Will Enter Deep Into Your Soul

A true artist is unafraid to create something original no matter what the masses think of it.  Having the strength to stick to your passion and invent a genre that is totally new is very admirable.  There have been many failures but when you are willing to continue until success comes there is no way to lose.  One musician that comes to mind is Mikhail Tank. 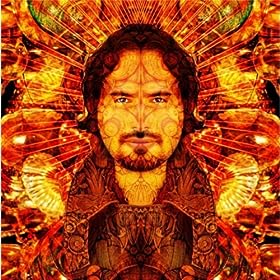 The St. Petersburg, Russia born artist has his hands in many different art forms.  Along with acting and writing, he is the creator (and trademark owner) of Darksoul Theater.  His style is one that is hard to explain in just words.  There is a feeling to his music that takes over the listeners mind and body.  Mikhail and his talents have been featured everywhere from the BBC to Yahoo!  To stay relevant in all art forms he is owner of Price of Darkness Publishing (BMI), the Darksoul Theatre and the film company, Principality Productions.  He leaves no stone unturned is his quest to expose himself to everyone that will listen.

Now Mikhail Tank has released From Sir to Count: Psychological Antidotes and Soul Prescriptions, a 14 track album that chronicles his 20 year anniversary of his Darksoul Theater.  From the first full song ‘Psychological Antidotes’ his music creeps into your brain in a dark and slightly scary way.  The lyrics over an array of interesting and sometimes startling sounds put the listener in a type of sonic coma ready for acceptance of the music.  The lead single ‘To The Center Of Peace’ is a mellow up and down synth beat with strong vocal track.  By mid album songs such as ‘Aggressor’ and ‘Bubble Of Hate’ let you know that this is no ordinary listen.  Your ears are being taken over for the amusement of Mr. Tank. This is an album that needs to be experienced more than heard.  Go get a listen for yourself at:

Cello Fury - Classical And Rock Music Collide For A True... Previous
JoneZen - Story Of Survival With His New Album 'Live... Next