In a recent argument with some close friends, some of us had been arguing that the garment of Rap has been tainted with rappers who follow trends that have been exacerbating since 2012. As this is a notion that is heavily levied by older rappers and music fanatics, one of my friends said an interesting point. If a young kid from a poverty-stricken area were to try to follow a trend that, typically, serves as one of his only means to escape his circumstances, he will follow what formula has proven success in the past.

If the young rapper were to paint an accurate portrait of where he’s coming from, he will also most likely use display the same vernacular and sound that is prevalent in his neighborhood. With the success of lyrical proteges in the rap industry, sometimes, the real picture comes from the heavy grime and the blatant force of Chief Keef’s lyrics.

So, where would recent Def Jam signee Nasaan lie? Nasaan is a young and voracious artist from West Detroit who recently released the third part of his Kiss of Karma trilogy, completing his short story. In the first part titled Dirty Soap, Nasaan is introducing his environment with vivid and grotesque imagery. A bar that cites “hit the snitch to my brother, too bloody and stead,” is a morbid statement said in verbatim.

In the second part of his trilogy, Ben/Frank, Nasaan depicts a young man in his attempt to rob a home. In his second verse, Nasaan blazes through a lyrical description of the young man contemplating his actions to the scene of the event itself. Although the lyrics hold the vernacular that Nasaan grew up around, he spews his bars in a sted-fast motion, with each bar leading from the previous one in a linear order.

In his third single ending the Kiss of Karma narrative titled Lil Boy, which features vocals from associate lyricist Bernard Jabs, the young man is enjoying the glossy, luxurious prospects of being a young and ruthless hustler. In the music video itself, Nasaan is seen enjoying whiskey with women and friends while cruising through the nightly streets. Nasaan is much more boisterous and confident with his wordplay in this song, although, tames in comparison to the sted-fast wordplay of Ben/Frank. He seems to be more celebratory, but, still falls into the trap of repeated bars and, at times, lazy writing.

With regards to the production, it can be comparable to the melting pot of this type of sound that is out there. Booming basslines with skimpy snare patterns make for, although somewhat catchy, a recognizable beat that has been heard multiple times. In terms of completing the story, Nasaan does just that. The young man is enjoying his success at “becoming a man,” but as depicted in the music video, it ends with him blandly looking himself in the mirror.

In Lil Boy, the lyrics paint the portrait of a young man realizing his own grip and strength. This is indicative of lyrics such as “spent the five and landed, that lil’ boy, he not the same.” The single is the perfect representation of the point that a friend made in the past. With the appropriate dialogue and the accurate description of the type of environment Nasaan lives in, it would be right that the lyrics aren’t as articulate as some rap fans would like so. Although, Nasaan has proven that he is capable of putting in more creative lyrics, stemming from his demonstration from the second verse off of Ben/Frank.

Nasaan’s Lil Boy is a fun tune that serves as an adequate ending to a tragic story but does not compare to the gritty depiction and brutal portrayal of inner-city life that Ben/Frank does. Nasaan’s Kiss of Karma trilogy, overall, is worth a listen. With demonstrated skill and a prestigious label backing his side, Nasaan’s future may be filled with gold and virtue. 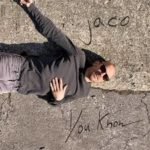