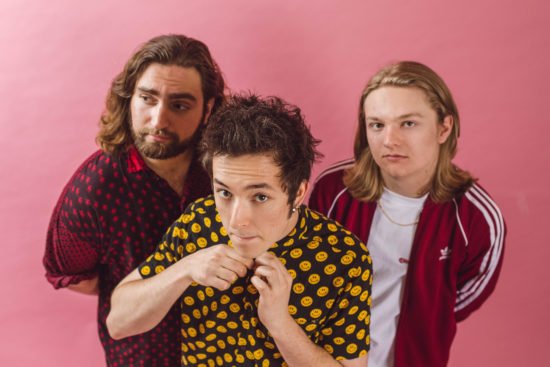 To get noticed in the crowded independent music scene a band needs to be different. That does not only mean music. You need to be individuals and feel free to create a brand that is all your own, as crazy as it may be. Our recent find Crocodyle are quite the characters. We had the chance to get a little deeper into their eccentric minds here:

First off, what is with the band name Crocodyle and its interesting spelling?

No clue! Sounds badass though huh? Nah honestly there’s much more significance behind us dropping our old name than there is to our new name anyway. Hux & the Hitmen had to go because I (Hux) felt like things were getting too collaborative for it to all center around the name of one person. We’re more of a band in the classic sense now, as opposed to a guy-plus-musicians type of act. As far as why “Crocodyle” though, we honestly just threw around so many terrible names that when our buddy suggested “Crocodile Hotline” we were thrilled to finally have an option we didn’t detest. “Hotline” just felt a little too indie pop, and the Y instead of the I is just a marketing move for the sake of uniqueness cause we’re #sellouts #notpunk.

Garage rock. Recently we’ve been telling people to imagine a sound somewhere between old White Stripes and old Weezer. We’re not quite cool enough to be White Stripes level but we’re not dorky enough to be Weezer. But yeah, just some good old blood pumping rock and roll. Maybe the very occasional mellow jam for the kids with feelings.

Which bands have had the biggest influence on Crocodyle?

The bands mentioned above are certainly strong examples, but we don’t want to mention bands! All of rock and roll has done something for us. The 50s and 60s show us how to be musical badasses, the 70s show us the beautiful territory between heavy metal and the blues, the 80s remind us that rock and roll is as much a lifestyle and an identity as it is a sound (the 80s also did so much for guitar playing), the 90s showed us how to turn angst into art, and the 2000s raised us. Sorry for the dumb answer!

Nashville has been a hotbed for a wide variety of styles recently. Tell us about the scene down there and your recent tour as well.

The scene seems great so far! Rock music is alive and well down here, and it seems like every genre has a pocket here. We’ve had an easy enough time finding cool bands to befriend and play with, and the reception has been really encouraging. We like it here. Our tour was a blast too, definitely had the mishaps and lessons I expected from a first tour, but a lot of it was super successful. We’d say that the best shows were at Goucher college in Baltimore, Pianos in NYC with Monica Bang, the bizarre town of Elizabeth NJ, and North by Northside festival in Cincinnati OH.

What is your songwriting process? How does a song come together for Crocodyle?

Generally one of us will have a pretty bare-bones song to bring to rehearsal, like a verse/chorus and some chords, and then we flesh out the structure and contour all together and if we taste the special sauce after playing it a few times, it joins the repertoire.

We want to make people forget about everything that sucks when they listen to our music. Seriously, all we want with an audience is to get them in a room, remind them for 30-45 minutes that rock and roll is the most fun liberating shit in the entire world, and make them all feel like badasses. Not to sound like some neck-bearded “intro to philosophy” student, but all this life stuff, its really stupid and unimportant and we should just have fun then die. That’s a pretty hard mindset to maintain in our scary world, but goddamnit thats how a good rock show makes me feel, and we want to give everyone that feeling.

Share some advice for other bands creating their own musical lane?

Be tough. Play the terrible show that only four people come to. Be professional and polite, but also be direct and realize when business is business. Accept hardships. Accept that nobody has to listen to you. Accept that sometimes they don’t. Be willing to brush off the dust and wake up and do it all again the next day. Be willing to compromise, but don’t ever lose grip on your core vision. Be ready to fight. Also, we learned recently that T-shirts sell themselves, make the damn T-shirts already, stop waiting around, dummy.

What does the future hold for Crocodyle?

A whole lot of performing. We’re doing the leg work right now, just building our lil army. We’ll travel more when funds and the booking gods allow, but for now, the future holds a whole lot of creating and hard work in Nashville. Until Mr. Label man finds us and makes us overnight rockstars! 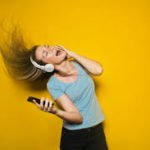 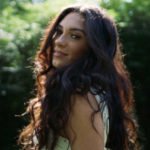