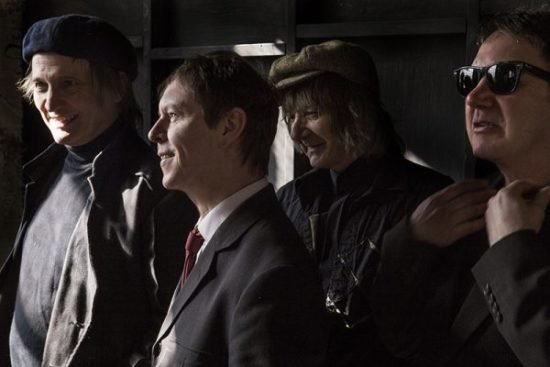 Diesel Park West makes a de facto statement of purpose beginning their ninth studio release Let It Melt with its title song. The sinewy rock muscle they flex with this rough and tumble guitar driven opener sets a confident tone for everything that follows; the UK four piece band comes across as a band with a fixed idea of what they want from this collection and how to get it. There’s definitely a roots rock vibe coming off this title song and the long relationship shared by these four musicians is evident throughout the recording. It’s especially manifest in the interplay between singer/guitarist John Butler and his six string collaborator Rich Barton.

I like how effortless they switch gears for the album’s second track. “Pictures in the Hall” has a more diversified vocal approach than the straight-forward singing. Barton’s backing vocals pair up well with Butler’s lead, but Butler once again handles the bulk of the singing. It is easy to forget thanks to the band’s exceptional musical strengths, but Butler’s lyrical contributions are a key aspect of Diesel Park West’s musical character and, for me, “Pictures in the Hall” rates among some of the best songwriting included on Let It Melt.

The track “No Return Fare” takes on contemporary life but free from pretense or sermonizing. Butler has a deft songwriting hand for writing about our world with a detached mix of humor and reproach tempering a message that, in lesser hands, would have likely struck a decidedly strident note. This track has less of an outright rock vibe than other entries in this collection thanks to the introduction of acoustic guitar to its instrumental makeup. It, likewise, features a number of inventive songwriting turns along the way.

“The Golden Mile” hits a more personal note than many of the other tracks but never in the confessional singer/songwriter quasi-poetic vibe. Butler, instead, makes the personal universal for a specific group of listeners – though enjoying this song isn’t a closed off experience for younger consumers, there’s little doubt those closer to the band’s age group will appreciate its sentiments more. “Everybody’s Nuts” is a hilariously frank depiction of interpersonal relations in a world that, yes, seems daffier with each passing day. This alone would make it one of my favorite tracks on the album, I love how Butler incorporates humor into his songwriting, but the ear-tugging musical attack appeals to me as well

Jaunty guitars open “Bombs Away” and the souped up blues rock bounce powering the tune elicits a real vocal growler from Butler peaking with its chorus payoff line. There’s an effective mix of uptempo and slower numbers in Let It Melt’s mix and this comes at an ideal place on the album. “You Got the Whole Thing Wrong” is a woozy blues soaked raver complete with gravel pitted harmonica, barroom piano, and a leering Butler vocal. It’s another of my favorites on the album because it sounds so spontaneous and like it is ready to run off the rails at anytime but never does. There’s something on Let It Melt for rock fans of every stripe and anyone who likes their guitar rock cut with a strong strand of the blues will appreciate this release as well. Diesel Park West are still standing after three decades in the music world and, in my opinion, a little bloodied but otherwise unbowed. Long may they run. 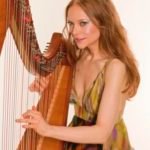 Erin Hill Lends Her Talents To 'Pirate Jane' Previous
Lana Del Rey Is Her Own Genre In Riveting New Album "Norman... Next 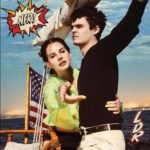