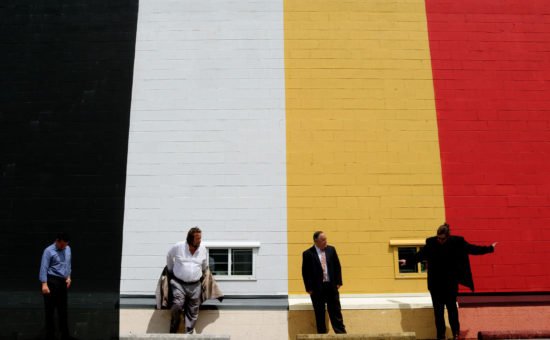 Diving into the brains of musicians that have been doing it for a while is one of my favorite things to do. There is so much to learn and experience through their stories and tips they have picked up along the way. Recently we had the chance to chat with The Django Riders about their unique sound and a potential new EP coming soon. Check out the interview:

First off, What is the story behind the name The Django Riders?
Jay: When we were first forming the band and I was looking for a name I came across a Japanese western called Sukiyaki Western Django. It was a movie that oddly enough had Quentin Tarantino in it, who of course later on went to make Django Unchained. I pulled the name from the Sukiyaki movie and I thought it sounded like a cool name for the direction we were going. I wanted to play blues music with an Americana writing style so Django Riders just seemed like a good fit. Fast forward 3 years and we have completely changed our direction and sound and we really lean more on soul and funk. When we took such a major direction change we thought about renaming the band, but it just still kind of fit. We just rolled with it.

How would you describe the band’s sound?
Dan: “I’ve called it contagious hippy funk before, and I think that still fits.”
Tim: “Rock and Soul meet Funk n Blues.”

Which artists have had the biggest influence on the Django Riders?
Dan: That’ll be a question for our main songwriter Jay/ I don’t know where my sound comes from, I’m a mix of the many many bass players I’ve listened to over the years.
Jay: I have a ton of different influences. The greats like Al Green, Marvin, and Mayfield are my go-to’s but, I love all kinds of music. I especially have a special place in my heart for good country and Americana. Seeking out new music is one of my favorite things to do. It’s easy enough to find with all the talent you have in Nashville.
Tim: Personal influences were Clapton, Jerry Reed and Eddie Van Halen

Rumor is that a new EP Friction is coming. Tell us about it?
Dan: Long in the making, whispered about and finally to become a reality!
Tim: Rumor? What have you heard?
Josh: Pure speculation
Jay: Hearsay, but if it WERE true. I would say you would likely be able to pick it up within the next 30 days. Who knows though, it’s a strange world we are living in and there are lots of monsters looking to bite your toes.

How does a song come together for The Django Riders? What is the songwriting process?

Dan: Jay composes the chords, lyrics and general feel for the song, and we all collaborate on making it a reality. We all add our various ideas along the way.
Tim: Easy… Jay comes into rehearsal with a song in his head plays it and says that’s what I have so far and then we start building on that foundation.
Jay: It’s funny because a lot of times I will write songs in my head before I ever play them on an instrument. So I will spend days or weeks in the car or by myself humming different transitions and trying to find the right fit and I will usually break it down and once I have thought of the first verse or chorus I will begin just building that part until it’s done. Sometimes I will bring these guys a song and I have played it so much over in my head, it’s old to me. I record a lot of the ideas in different sections on my notes my phone. If I were to ever die, anyone who doesn’t know me that looks through my phone’s notes is going to have questions. It’s just lots of random humming and talking to myself. I bring the song to the guys and they each add their own insights to it and we begin building it as a band. By the end, it can sound totally different or sometimes it’s just like they are living in my head.
Josh: Jay brings the meat and we bring the beer.

What do you hope a listener takes away from one of your songs?
Dan: I hope it makes them move and groove a bit!
Tim: If you start a 12 step program now there is hope…. Not for us but for you. We do not advocate use alcohol or mind-altering drugs, but how do you think we write this shit.
Jay: A lot of my songs have to do with how weird the entire human experience is. How we push through each day, trying to figure it all out. We grow up thinking adults have it all together and then we get here and we realize that you only become more confused. We are all just trying to push through and enjoy life and find some kind of magic to cling to. I just hope when someone hears my stuff they realize they aren’t the only one’s feeling that way. Oh and also I want them to get down to it hahaha.

Give us some advice for other bands still making interesting music?
Tim: If it moves you play it and don’t forget to record it, in case you forget it later.
Dan: Keep listening and keep exploring.
Jay: Just stay true to what you do. Don’t let other people dictate what you want to create, because it could be something totally different that none of us have ever heard. If you find that, you’re on to something.
Josh: If you’re good play loud, if you’re not that good…play louder. The crowd won’t ever know.

Where do you see The Django Riders in a year from now?
Jay: Hopefully finishing up a successful tour and releasing our debut LP. Maybe hanging with Kool And the Gang, but only because they like us as people. We wouldn’t tell them we were a soul band and then one night while we are hanging out their opener doesn’t show and THAT’s when you hit them with the news. You only have 5 months left to live.
Dan: Hopefully playing some big shows and making more music!
Tim: Working on a new album getting ready for a summer tour.
Josh: Still trucking along making tunes and laying down that groove.
Keep up with where The Django Riders are headed next and hear some music HERE. 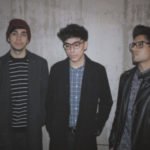 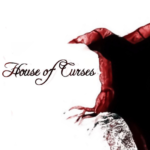