Larry Jay (https://www.larryjaymusic.com/) has a name for upbeat music
with cheeky, hopeful, honest lyrics. His tunes talk of letting loose
(Unscrew It), the end of the pandemic (Worldwide Party Day), and the
pitfalls of relying on the sex education classes from tenth grade when
in an actual relationship (his latest release Night School). These songs
have been called “five chords and the truth”, which just about says it
all. He has been regularly releasing tracks for the last year, with new
songs appearing around every four to six weeks.

Larry Jay’s style is country-pop, and his melodies are memorable, with
lyrics that raise a smile even as they earworm their way relentlessly
into your brain. He’s a New York native, but relocated to California to
create his own brand of what has been described as “Americana-tinged
southern fried music”. This, he maintains, allows him to “set his soul
free”. Relocating to California subsequently led to gigs at the famous
Troubadour venue in Los Angeles, among many other new experiences.
Appropriately enough for someone who admits he tries to sound like Neil
Young, Larry has also played live alongside Neil Young alumnus Sonny
Mone. Larry’s style is very simple: just himself, his guitar and his
rhythm tracks looper. He’s not the first to employ that pared back
approach, but he’s certainly one of the more melodic singer-songwriters
using it today. His sound has been compared to Keith Urban but it also
owes something to the Americana music of Guy Clark and Townes Van Zandt
in its simplicity and honest lyrics.

Unsurprisingly, perhaps, given his wordsmith tendencies, Larry Jay has
enjoyed success in several songwriting competitions, including the
respected John Lennon Songwriting Contest. His way with words also put
him at the top of the iTunes charts with Wow, featuring Caeland Garner,
part of Team Blake on The Voice.

Away from music and songwriting, Larry volunteers with local VA
hospitals and addiction recovery centers.

Like many musicians, Larry Jay has taken to regular livestreaming. He
hosts a weekly stream on his Facebook page at https://bit.ly/3lh4AYD.

Larry is not only on Facebook, his catalog is also available to stream
on Spotify. He has a website, plus he posts monthly on Instagram and is
also contactable through Twitter. His music should really be available
on prescription for anyone who’s had enough of lockdowns, restrictions
and ever-changing rules. It’s upbeat, positive, cheerful and jangly
enough to have anyone’s feet or fingers tapping in a heartbeat. Plus,
his videos often feature the lyrics, making it positively rude not to
sing along. 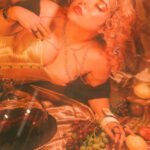 Sitting Down And Getting To Know The Imagination Of Emily... Previous
jake from the timeline Shares Chaos of “5g” in new... Next 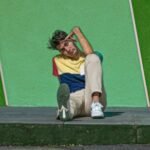