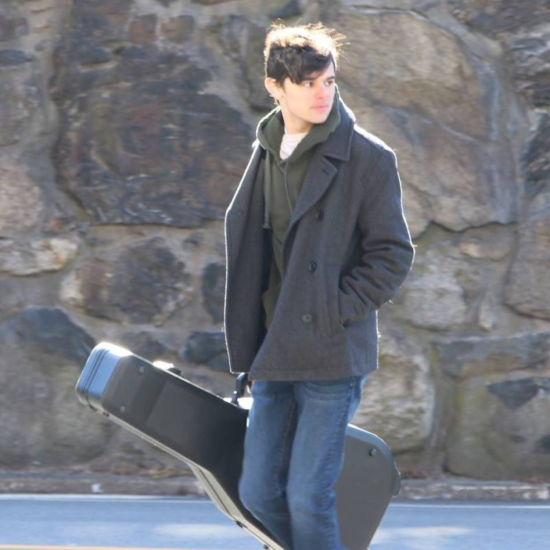 Guitar strings playfully bounce about and resonate with each other in the first few bars of “Bookmark,” the all-new single from brilliant singer/songwriter Sam Levin. It doesn’t take long for their meticulously designed melody to find an understated percussive beat to perfectly suit the patient rhythm, and soon after Levin joins in with his gilded vocal, emitting one clever verse after another against the lustrous wall of sound pummeling us with ascending volume in the background. His lyrics spill out of the speakers like droplets in a rainstorm; we’re at once overwhelmed and comforted by their emotionality, which is reflected in the angular arrangement of instrumentation as well.

Levin’s voice is tender and implies an approachability that feels natural and unvarnished. There’s no denying that the guitar parts juxtaposed with his crooning are a bit more virtuosic than anything we’ve heard from him in the past. “Bookmark” is potentially Levin’s most subtle pop ballad, but it doesn’t sacrifice any of his raw tonality in embracing this sleek, streamlined identity.

The chorus churns us in a whirlpool of colors – the vocal is snaking us in one direction, the guitars pulling to us toward another. Our attention is divided between the mathy harmonies being swiftly dispensed from the guitar and the grind of the bassline, which becomes more and more prevalent in the master mix as we near the halfway point of the song.

There’s a lot more physicality in this single than I was expecting to find, but it isn’t abrasive at all. If anything, it really helps me to not only observe the acrylic texture of the various components in the but to feel their muscularity and full, unfiltered complexities as they were meant to be felt. By the time we approach the end of the track, the layers of sonic ribbonry are on the verge of suffocating us; we’ve got no choice but to give ourselves over to the wispy serenade, and Levin delivers us from the crushing intensity of the strings in a stylish, unforgettable conclusion. In a certain sense, “Bookmark” wants to be so much grander and cinematic than its simple construction would allow for, but at the same time, I get the impression that every audible contrast in the final product was carefully designed and executed by Levin himself.

Fans of smart pop music with an experimental twist can’t go wrong with “Bookmark” and the collective works of the incredibly talented songwriter Sam Levin. The New York scene hasn’t been able to contain the mammoth style of this young man since his debut, and this single definitely raises his profile on the national circuit and could possibly assist in breaking his sound into the mainstream once and for all. He’s got a gift that just can’t be taught; it’s natural, unrelenting and excellently utilized by Levin in “Bookmark,” possibly even more efficiently than ever before. I’m extremely excited to see what comes next for this up and comer – if he continues on this present trajectory, his brand is going to be unstoppable come 2020.

Keep up with more from Sam Levin HERE> 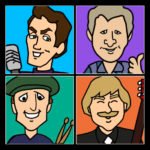 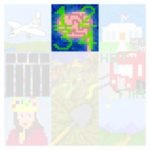