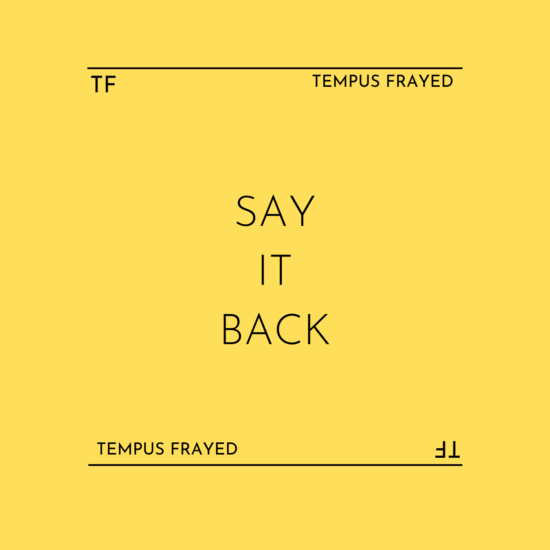 When Tempus Frayed released their debut single “Be The One”, no one expected the high calibre of songwriting they would offer. They created a big anthemic rock track, possibly influenced by the radio rock hits of the ’90s. They made it difficult not to sing along with their hook, “I will be your one / With the truths and the maybes / The crying lately / I will be the one to hold your hand”.

With such a high bar set by themselves, the fans have high expectations for their future releases. Well, their follow up single “Onto the Next” and “Stubborn” did not disappoint. Again, they deliver an infectious rock vibe with killer hooks. It is clear to hear how their influences  Foo Fighters, Alter Bridge, Catfish & the Bottlemen have helped to mould their sound.

Now the duo of Kailan Last (guitar & vocals) and Sam Pritchard (drums) are back with their new single “Say It Back”. It is a song they describe as being “about wanting to hear that special person say those words that you want to hear loud and proud. It may speak about a relationship with its negative sides. However, the song still has a positive feeling”.

As soon as “Say It Back” begins, Pritchard’s infectious drums draw in the listener, then the guitars join in too. Soon, Last lets his vocals fly with the opening lines, “How you say the words / Baby I just don’t know / Or how it shows”. His delivery feels different when compared to their previous releases. They pack less of a punch. Instead, they add a bit more emotion to give their words more impact.

As the song continues, like their previous releases, their soundtrack is impressive to hear. For two guys, their music has a bigger feel. Like there should be more members. Each is playing to their strengths but coming together to create an infectious energy. It is a combination that excels further when the chorus arrives. Especially during the delivery of the lines “Please say it back / I wanna hear you shout / I wanna see you drown em out”. Last’s vocals pack a punch as he powers out the words.

As the song reaches its end, the guys intensify their sound further.  Last, yet again powers out the chorus but with more impact. If that’s not enough, Pritchard unleashes himself on the drums. It ensures this is yet another song not easily forgotten. With momentum on their side, this duo has promised there is much more to come. More new music and gigs are on the horizon. It is an exciting time for Tempus Frayed. 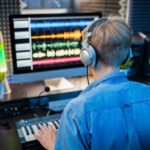 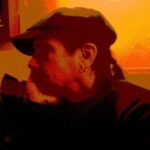