Things Are Not Life – The Realization Of Making Music For Themselves

One thing that gets lost in the modern music world is making music for yourself.  It is a sad fact that most songs are written with the potential listener in mind instead of just making sounds that please the writer’s ear.  When an artist sets himself free of what the masses want it often creates the best music they ever release.  This may be the case with our latest discovery, Things Are Not Life. 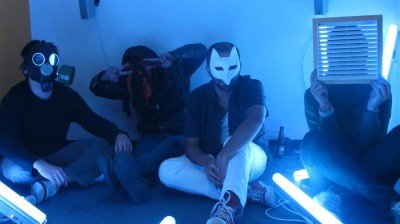 The band members have been together for a long while but were mired in a country that was plagued by war, poverty, and a disdain for rock music.  They fought the power with their music for 10 years releasing 2 albums and a live DVD.  While working on their third album there seemed to be an enlightening moment and everything seemed to change including their sound and musical goals.  They wanted to make an epic album not just a collection of singles trying to get on the radio.  They stopped making music for others and did what came naturally to them no matter what it meant to others.  To complete the transition they needed to become a different band so they changed their names, hid their past and even their faces, and Things Are Not Life was born.

The new self titled album was recently released and it is a strong start for this new incarnation.  The 9 tracks seem to touch on all sorts of exotic and experimental rock at once.  The opener “God Can’t Save” has a psychedelic punk feel with anthemic reverbing vocals setting the tone for an original output of music.  An interesting sonic palette is laid down on “A Song For Birds” again layered with strong choruses and a large feel.  A harder direction is taken on “Princess Harry’s Hollow Crown”.  It is a progressive rock track that grinds forward dragging every listener along for the ride paying close attention.  Things Are Not Life show off a pretty side as well on “Home”.  The spacey mellow track can relax the busiest mind.  As the band says “If we want to change the world then we must first change ourselves”.  Keep up with the faceless band at: 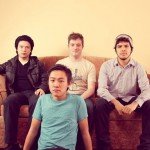