“Walk Me Home” Is Said The Sky’s New Collaboration

I’ve always felt like the best collaborations in pop music or any other genre are those that give us a set of players behaving a little differently than they do when they’re doing their own thing. Pushing each other to new levels is one thing, but getting something fresh out of an established personality in the medium is something really special, and this is what I think Said the Sky, Illenium and Chelsea Cutler are able to accomplish with their new single “Walk Me Home” this month. A springtime ballad with eclectic instrumental cues, this is a single that shows us who these musicians are when they’re at their most vulnerable.

The hook in this single is pretty subtle, but I wouldn’t say it’s completely devoid of panache. Contrarily, because of its clandestine charisma, the climax in “Walk Me Home” feels a bit more virginal and expressive from the point of Cutler, whose adept management of the guitar harmonies is one of the more breathtaking and professional points of interest in the whole of this track or its music video. You don’t have to go big to sound enormous, and this is something we can’t get around in this song.

Said the Sky’s progressive tendencies are all over the bones of “Walk Me Home,” and the fluidity of the verses and the melodic instrumentation highlights just how tight a grip he has over the aesthetic in this performance. This sounds more like a chapter from a complete book than it does a one-off piece, and yet we don’t feel like the story being constructed is out of context when Cutler is singing it to us in her ultra-soft voice. The ingredients added together here spell out a decadent mixture of emotionality and angst, and it’s something I can’t get enough of as a critic.

I had not heard nor considered these players sharing the same studio before I came across “Walk Me Home,” but having heard what they can come up with, I now think it would be a good idea for them to rejoin each other for another session somewhere down the line. This has strong album vibes, in the style of a deep cut even more than a lead single, and if this is just the cornerstone of a more complete tale that these three could tell, I want to know how everything turns out in the next couple of chapters. 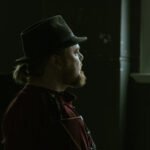 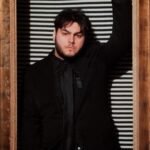 “Walk Me Home” Is Said The Sky’s New Collaboration