Anodine – Prepare To Enter A Dark World Of Amazing Sound 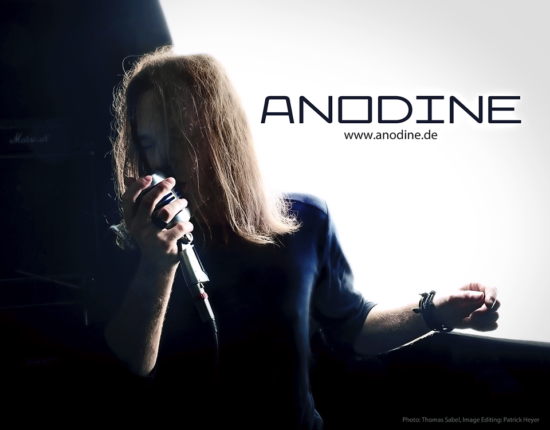 Great music can come from many different influences.  Sometimes it is hearing a certain band and their style that leads a musician to pursue a similar dream.  Sometimes it is other experiences outside of music that lead to the creation of a new style that comes from within.  One artist that draws from inspiration outside of the normal realm is Anodine. 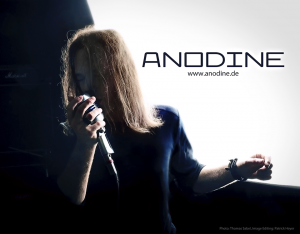 The German band is the brainchild of multi-instrumentalist Patrick Heyer, who began experimenting with writing and producing music while in his teen years.  He seems to be correct in declaring himself a rebel nonconformist.  His muse comes to him in lucid dreams, out-of-body experiences, occult literature, and controversial conceptions of reality.  His music is not meant for the masses but there is a large underground following ready to eat up his innovative style.  Anodine’s genre could be described as dark trip rock with a goal of truly entering the listeners mind, not only his ears.  Patrick was able to find some like minds in his quest for new music in Holger Girlich on Guitar, Fabian Siepen on Bass, and Jörg Skaramage on Drums.

Back in January Anodine released their debut album Passages.  The 16 track, over 80 minute epic welcomes the listener into an alternate and much darker world with no promise of an escape.  The opening track ‘Antilight’ tries to prepare you for what you are about to hear with sonic explosions and mellow brainwashing keyboard lines.  Songs such as ‘Color Of This Place’ and ‘Dark Side Of Venus’ are more dark rock style songs in the vein of bands like Deftones and Korn.  Aggressive, yet warm in a way keeping the listener glued to his headphones.  There is much experimenting here as Anodine combines different genres together to make something original with tracks like ‘The Virus’ and the schizophrenic ‘Dark Field’.  The production values of the album are top notch and sound as professional as any big budget darkwave album out there today.  Overall this is an amazing album which I thoroughly enjoyed letting myself be immersed in.  It seems like the dark soundscape music that seems to have fallen out of favor with the bubblegum pop crowd is still alive and well underground within Passages by Anodine.  When you are ready to devote a full hour and a half to music that will make you feel deep inside your soul go give this a listen at: http://anodinemusic.bandcamp.com 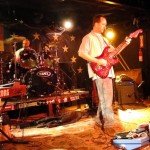 The High Fidelics - Your Summers Might Never Be the Same Previous
Slow Earth - Impressive Experimental Rock Sounds From... Next 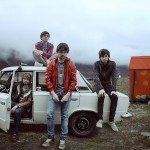