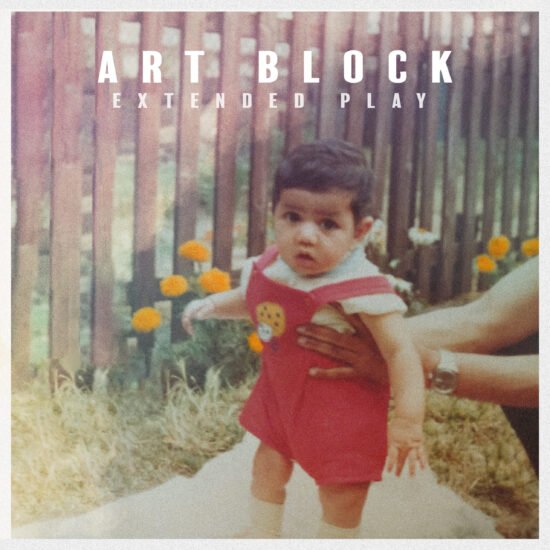 In 2015, Art Block debuted his musical talents with Los Feliz EP 2015. It offered an impressive range of sounds within its five tracks. Including, an alt-folk that had elements of indie rock. It also blended in gentle acoustic sounds and piano-driven moments. “Angel” was one of the songs which highlighted his talents the most with its beautiful sound.

From then, his following EP’s Borderline, Warzone, Eliza (such a stunning EP) and The Basement showed how his music evolved into a gentle flowing sound. From these releases, “Stowaway”, “Sleep Last Night”, “I Know You Won’t Tell a Soul”, and “Heart and Soul” highlight his talents. His Acoustic Sessions album put a different spin on some of his popular tracks. Of them all, his alternative take on “Los Feliz” stood out the most. So much so, personally, it sounds better than the original version.

Now, to the present. Block has been busy working away on new material. He has chosen to work with producer Ian Barter yet again, who he worked with on The Basement EP. Their collective efforts have assembled Art Block Extended Play.

“Brother” opens up the ep with a beautiful intro thanks to his talents on the piano. Soon, his voice comes in with the opening lines, “My brow is quivering, filled with light of angels / But sometimes in the night, I feel a sense of danger”. As his words continue, its stunning soundtrack is enhanced further with some strings and gentle electronic elements. It all comes together to create an enchanting sound.

It continues to flow in an effortless manner, which lets his vocals mirror the soothing mood. Block adds so much emotion to his lyrics as he delivers them with great effort. No lines show this more than, “As I slept, you kicked my bones / I shivered there, a little child / You were meant to be my friend / Oh brother, you were meant to defend”. As it comes to a close, he tops it off with another beautiful piano solo. It is a stunning opening that sets the bar high, with possibly his best song to date.

Block keeps the gentle tone flowing like a river into “Patriot Song”. Like the opening track, its beautiful soundtrack lets his words shine. Lyrically, this one has a lot more to offer, especially with his storytelling qualities. So many lines stand out due to the calibre of his words. A personal highlight is “A wounded tree, an empty field / a meandering river and a seal / A spike they pinned inside a weir / a turtle it swam out from under here”. The imagery it provokes is impressive.

“Hollow” opens up with some electronic elements with some backing vocals. Again, his gentle soundtrack continues to stand out. It is great to hear how this song (and those before) have no urgency about them. There is a lot of space between his words. So, when he does sing, it attracts attention. Especially when he delivers the line “Fallen, taken, sparks flow in time and the load I went through”.

Closing out the EP is “Holy Night”. From its outset, there is something different about the vocals. There is a slight rawness to his tone, but they do not sound out of place within the EP. It adds a contrasting quality to his words, giving them more of an impact. As heard within the lines, “Fire burns through my heart, through my body and soul / Causing me to erupt my fiery goals / And I burn”. But do not worry, as his gentle piano is still here to ensure its soundtrack is still as relaxing.

With each release, Art Block music has gone from strength to strength. His lyrical side has stood out from his early days, but the minor tweaks have made this part of his songwriting even better. However, it is his sound and arrangement skills that have grown the most. It is as if he has found what works for him. Doing so projects confidence within it. As a result, all of this has come together to create his best work to date. 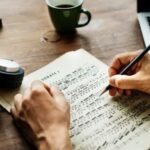 Nailing Song Structure - How To Make Your Next Song Unforgettable Previous
Bailey Baum Delivers a Charismatic Debut in her EP "Over... Next 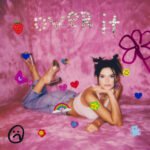