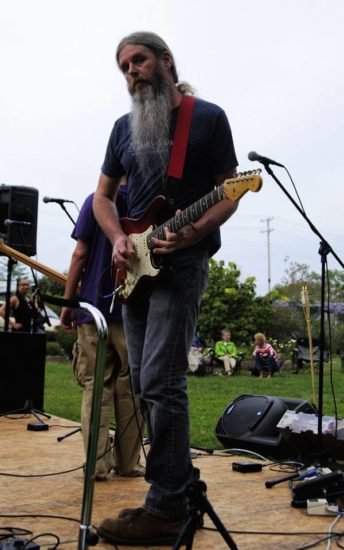 I’m pleased to begin a residency here on Indie Band Guru contributing articles featuring independent artists. Each month I will choose a different artist to highlight, and this month I had the opportunity to interview singer-songwriter and guitarist/bassist Tom Smith.

Tom has been playing music for 44 years and has released 3 albums and 35 songs. He produces music under the moniker “The Merry Jaynz” and he’s currently working on the second track in what he calls the “post- third-album era.” Recently, he won first place in a local singer- songwriter competition and was featured in the Maryville, Tennessee Daily Times newspaper some years ago.

Originally from New York, Tom and his wife Susan currently make their home in Knoxville, Tennessee, about 3 hours east of Nashville. Prior to settling down out near the Smoky Mountains, Tom spent time in several other cities such as Las Vegas, Los Angeles, and the much smaller town of Florence, KY. He says the most interesting place he’s lived is Brooklyn, NY, because “nobody there has ever eaten a slice of Domino’s Pizza.” As a side note, being from New York, it’s no surprise that pizza is his favorite food, which he enjoys pairing with a nice pinot noir.

When asked how he got started in music, Tom recalls: “My best friend’s oldest brother left an old 1960’s electric bass guitar lying around. I learned all the major 1970s bass riffs on that before I even dreamed of having an amp or a bass of my own. Then my art teacher loaned me an acoustic guitar. I immediately removed those two annoying “extra strings” and proceeded to further my bass career on it. 18 months later I was playing gigs with my own bass and amp.”

He credits one of his high school music teachers, Dalnillo Florian, as having a profound impact on him as a musician: “This cat was a white guy who spent his twenties and thirties playing the Harlem jazz clubs in the 1940s and 1950’s. He taught guitar and history. When it happened that two students wanted a bass course, he magically created a half-semester bass course for us. I thank him for teaching me chord theory. I parlayed my teeny bit of chord theory from Dal Florian into whatever I could make of it, rising meteorically to the top of the heap of local bass players my age, I wound up playing with much older, much better, much more well-educated musicians as a result.”

Tom Smith continues to perform regularly. He plays in 3 different cover bands and a gypsy jazz band in addition to his solo acoustic act. He related to me one funny/embarrassing stage moment when he “accidentally smacked a lady in the back of the head with my Strat on stage. She was the singer and the gig was a benefit for brain cancer surgery FOR HER!” (Oops! lol)

I asked Tom if there was a defining moment for him when he knew that music was what he was destined to do, and he recounts the following: “It was a party. I was talked into accompanying my girlfriends brother to a party full of his co-workers because he wanted to bring his bass and jam with people for the first time. He wanted moral support, so I went and brought my Strat and little battery amp. When we arrived, there was a good crowd, but they were all grooving to Paul Simon’s Graceland album which had just been released. When Graceland was over, I started picking. Soon, they shut off the stereo and gathered around to watch me. One of the attendees looked like a biker. A really pissed off biker. Frowny, grinding his jaws, not associating at all. It turns out he was also a bass player. He borrowed my girlfriend’s brother’s gear and we just started wailing together for three hours non-stop. We had everyone’s undivided attention the whole time. While this was going on I intended with malice aforethought to use the music to send healing vibes to this guy, to try to get his head in a better space, lighten him up a little. When we finally took a break, he was all smiles and ran over and gave me a big hug and thanked me profusely. I managed to convince myself that I used music to heal him. There were many other similar stories like that, but this instance stands out the most for me.”

As for musical influences, Tom cites The Grateful Dead as the biggest one: “They caused me to view music as something fluid, rather than carved in granite. Because of them, I am a musical risk-taker. I learned more from listening to Jerry Garcia’s influences than I have from listening to Garcia himself. I tend to value the effects the music I make has on its listeners more than the value it has on my bank account.” As a listener, right now his go-to jam is Derek Trucks and the Tedeschi Trucks Band, and his favorite “guilty pleasure” song is Ohio by Chrissy Hynde.

Tom describes his musical style as “underground swamp rock” which he says includes a mixture of “garage punk, reggae, rockabilly, folk, bluegrass/country, gypsy jazz and some latin.” Phew! Sounds groovy though, doesn’t it?

If he could give other artists one piece of advice that he’s learned that he wishes other people to have, he says: “The money is in the vocals. Wanna make money? Be a great singer or align yourself with one and support them (musically).”

When not playing or recording music, Tom does IT (information technology) and software work, and enjoys reading, particularly Kurt Vonnegut Jr. and Elaine Nolan, and watching the New York Jets (that’s American football for those of you not familiar).

If you’re anywhere near the Knoxville area you can catch Tom playing live solo acoustic at The Bird House on January 24th.

If you’d like to connect with Tom Smith online here’s where he hangs out: 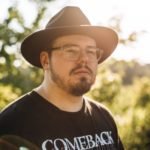 "Drown" In The Mind Of J. Luke Cloutier Previous
Theophilus London Makes A Name For Himself With Latest... Next 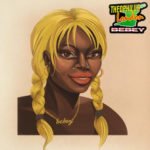