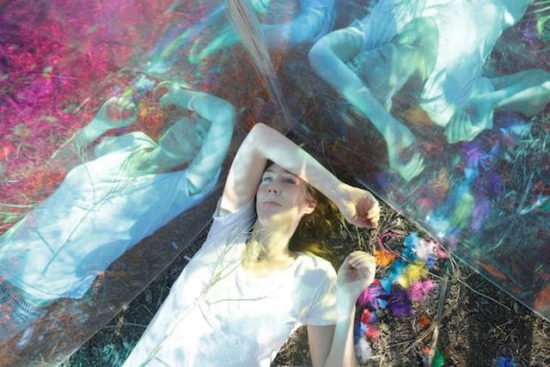 British singer-songwriter Beth Orton is no stranger to the music scene. Having gained recognition in the mid-‘90s for collaborations with producer William Orbit and electronic duo The Chemical Brothers, she’s been steadily solidifying her authority as a folktronica pioneer over the years.

After dialing back the synths and programmed drums for an acoustic folk sound on recent albums, Orton is now out with a more heavily layered sixth studio record, Kidsticks.  Produced by Andrew Hung of British electronic duo Fuck Buttons, this album is a trip hop infused triumph.

Beth Orton Heads for the Stars

With track titles such as, “Wave,” “Moon,” “Snow,” and “Dawnstar,” the album possesses an overarching celestial and ethereal aura. The electronic sounds looping behind Orton’s breathy vocals on each track evoke natural rhythm and kinetic energy.

Reverberating guitar thumps floating in the background of the standout second track, “Moon,” immediately reminded me of the subdued, almost underwater sounds of the xx. The introduction of upbeat programmed drums and synths, coupled with Orton’s melodic voice, however, elevate this song and keep it from being too dark.

The next track, “Petals,” features a simple arrangement leaning mostly on repetitive rhythm and lyrics until introducing experimental guitars in the last minute for an interstellar, almost Bowie-inspired sound.

The funk-infused track “1973” showcases Orton’s stylistic versatility. It’s a short, fun song and a sharp departure from the darker sounds found throughout the album. Living up to its name, this track features light, bouncy synths that will have you feeling like you’re at the roller disco or arcade.

It wasn’t until the middle of the album on the fifth track, “Wave,” that I realized Orton’s wiggly voice, bolstered by swirling synths and pipes, reminded me a lot of the art and chamber rock sounds of St. Vincent’s self-titled album. Once I pinpointed the similarities on this track, I began to hear them on subsequent songs.

“Kidsticks,” itself, is a 1:16 outro channeling the time and  space theme a final time with glitch noises reminiscent of a ticking clock. I thought it unique for the title track to be the last song of the album, and an instrumental one at that. It’s thought provoking and will leave you no choice but to replay the record from the beginning to catch what you suspect you may have missed.

In every song on the album, Orton taps into distinct soundscapes that expertly evoke sensations and moments I haven’t personally experienced. The layered vocals and simple guitar strums of “Falling,” for example, perfectly personify my idea of tumbling through space.

Since releasing the album, Beth Orton has embarked on a U.S. and U.K tour that will take her through early October. You can download Kidsticks on iTunes, Amazon, and Google Play. 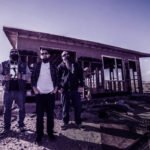 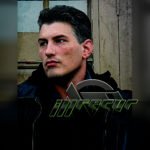