Birds Over Arkansas – Finding Freedom In Letting Go Of The Mainstream

Something magical happens when musicians learn to let go of trying to please the mainstream and just write music that feels good to them.  Any real music fan can tell immediately when a song sounds forced into a genre.  Our latest discovery Birds Over Arkansas finally found this freedom and has been on the fast track to stardom ever since. 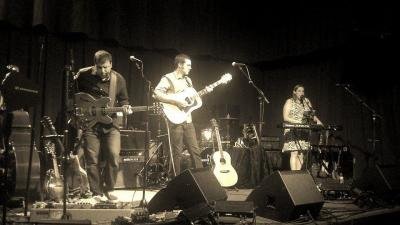 The band formed back in 2011 when Scott Haskitt, Laura Hartshorn, and John Mondick discovered that the product of their musical experimentations was greater than the sum of its parts.  They lived pretty far from each other at the time (New Haven, CT and Philadelphia, PA) but the power of online collaboration allowed them to write songs together as if they were right next door.  Their sound took a turn towards progressive acoustic rock with complex rhythms mixed with catchy melodies and harmonies.  This is clearly original Birds Over Arkansas music.

The band recently released their debut EP Behind The Lights.  The standout track “Catapult” has a high energy feel without the use of effect-laden electric guitars and big drums.  The fast paced but off-kilter time signature makes for quite an exotic listen.  The vocal harmonies create a kind of warmth over the song throughout.  This is something for the true lover of the beauty of music.  Enjoy it for yourself here:

Keep up with Birds Over Arkansas and more music at: http://birdsoverarkansas.com/ 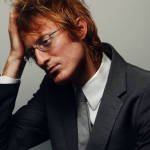