One of my favorite kind of bands to find is a band that does not try to fit into any specific genre or mainstream box.  There is something magical that happens when a group just puts together all of their different influences into a big melting pot and lets the result speak for itself.  Making music for yourself instead of for the popular masses will always stand out.  An example is our latest find Broken Stems.

The San Diego, California based band puts forth an eclectic mix of funky rock with touches of blues and reggae.  The band is relatively new for their polished sound only forming in March of 2013.  Singer/guitarist Jesse Gawlik began the mission with a book full of innovative songs when he hooked up with drummer Nathan Walsh-Haines, bassist Devon Stoli, and keyboardist Brad Sweet.  The foursome dove right in and have set themselves apart pretty quickly with their diverse musical backgrounds and different sound.  Fans are starting to take notice as well with crowds at Broken Stems shows growing rapidly and word spreading of a band ready to breakout.

Last Month Broken Stems released their debut EP We Are Home.  The 5 song collection shows off the different styles that the band can go in successfully.  The record opens with the spacey and progressive ‘Castles’.  The open and airy beginning of the song builds into an all out group chorus before you can blink an eye.  A different direction is touched on in ‘Climb Down’ which has an almost gypsy rock feel.  It is spooky and warm at the same time grabbing the listeners emotions as if they were a toy.  The mellow ‘Maybe’ features the exceptional keyboard talent of Brad Sweet setting up for the full band to join in and create an anthemic song.  The EP closes with ‘The Only Way’.  Jesse’s vocals have truly got me by now as his voice has a smooth soothing quality to it.  This is a song that demands to be listened to repeatedly to pick out all the specific instrumental parts added into the stew of good music.

Please do jump on the Broken Stems bandwagon now at:  http://brokenstems.com/ and don’t forget that the Indie Band Guru introduced these guys to you. 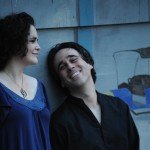 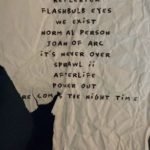