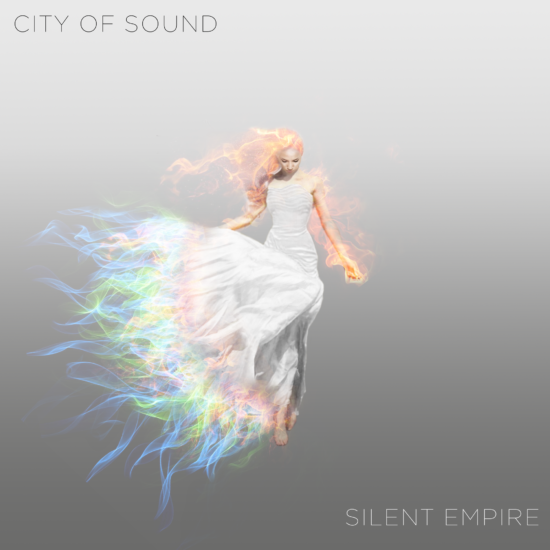 Since the beginning of 2019, City of Sound have been releasing several singles that would eventually come together to create their new album Silent Empire. Together they are described as a heroine’s journey of reflection and change – a collection of stories, separated into chapters. The band have described it as “Part one dives into the deconstruction of who we are and the honest acceptance of our created insecurities. Part two explores the reconstruction of who we truly are. Then, in part three, what we do after we’ve gone through that process”. Jordan Wright (vocals, piano), Andrew Leigh (guitar) and Lacey Ammar (violin) are happy to see Silent Empire set free for the world to hear.

Chapter One of the album opens up with the delicate instrumental “In The Beginning”. It showcases the emotional tone they can deliver with their music. Next up is “Odyssey” which begins with a softer sound to their usual anthemic delivery. Wright steals the spotlight with his impressive vocals. He offers more of a controlled performance, but there are times when his voice packs an emotional punch. “The Madhouse” and “Race to The Sea” have a tough act following such a standout track. However, they hold their own by showing off more of the trios impressive musical talents.

As the story flows into chapter two, City of Sound let their songwriting and arrangement skills loose with stunning effect. It begins with yet another beautiful atmospheric instrumental “Lights in the vault” followed by the albums title track. Then comes the outstanding “Wasteland”. It starts with Wright’s delicate vocals to share the opening lines “I can see my own penance deems / A lane to perdition, I seek / I seek another way home / For all that I’ve done”. Instantly, their way with words shines with the emotional tone of what the song has to offer. Musically, it feels restrained compared to others from the release. However, there are moments when the music bursts into life.

CITY OF SOUND · Ode Of She

The pace slows back down with “Coat of Arms”. Wright sets this mood with his vocals and talents on the keys. He delivers lyrics with an impressive depth, of which, it is the lines “Though she is killed by shame, her beauty stays / Holding a heart in need of grace, it’s not the end” which stand out the most. “Gods Acre” explodes into life from the get-go but soon slows done as the lyrics come in. Here is another example of their great way with words, but this one impresses thanks to violin skills from Ammar.

“Rivers of Eden” begins the final chapter with a Celtic vibe delivered by Ammar. “Glen Coe”, “Aurora”, “Lords of Water Deep” and “The Magna Colliseo” continue with their story with more impressive examples of how their music never fails to captivate. But this chapter belongs to the closing track “Ode to She”. Here is a song that takes you on a journey that lasts just over 8 minutes.

The City of Sound has saved their best for last. There have been many impressive tracks throughout this album, but this one stands tall for many reasons. The gentle piano intro pulls in the listener before the captivating vocal presence from Wright comes in. He shares the opening lines “If these are the last words I could speak / journeys will falter, I ask you keep breathin / Take in the view, O the air surrounds you / when facing the wild honest and true”.

From there, the track slowly builds up to a big atmospheric sound. The tempo switches midway through as the band deliver a tone filled with hope. As it does, they repeat the lines “Here in the darkness / May shadows find a heart still beating”. A simple message that reflects the positivity with the music by City of Sound. As the album comes to an end, it leaves the listener feeling upbeat and left wanting more. A sign that this trio has created something special with Silent Empire. 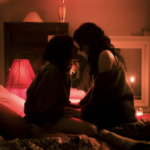 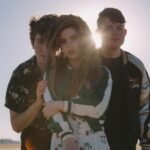