Some people can just enjoy writing music for the sake of playing music.  This emotion toward music can be heard in a song and these songs are often well like because that emotion can be shared.  One good example of an artist that writes these kind of fun and catchy songs is Colin Ward.

The Florida native is a singer/songwriter and guitarist that is prolific in his songwriting.  His love affair with music started when he was 12 years old and given an ancient acoustic guitar by his grandfather.  Colin went from jamming with neighborhood kids in Wembley, England to writing songs for independent films and television shows.  His musical style could be described as alternative folk with splashes of rock and blues thrown in.  Colin Ward’s experiences have taken him around the world to countries such as China and Russia and even include living for extended periods of time on his sailboat travelling the east coast and Caribbean.

Colin Ward’s most recent album Cappuccino was released just last week to an ever growing fanbase.  The 12 song record is a mellow trip down a long winding road that is remarkably welcoming.  ‘Let’s GO Downtown’ features some excellent guitar work and a warm keyboard line that seems to lift the listener to a higher place.  The blues come out on ‘How Does Your Heart Feel Now’.  The toe-tapping beat leads you through an interesting story of lost romance and moving on without regrets.  There is a nice little reggae feel on ‘Your Mind’s A Mystery’.  The welcoming beach sing along will make you reach for a nice tropical drink.  Overall this a beautiful record to sit back and relax with as a warm breeze flows through your hair.  Go enjoy it for yourself at: http://colinward.bandcamp.com/ 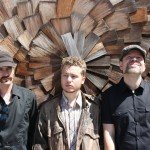 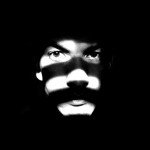