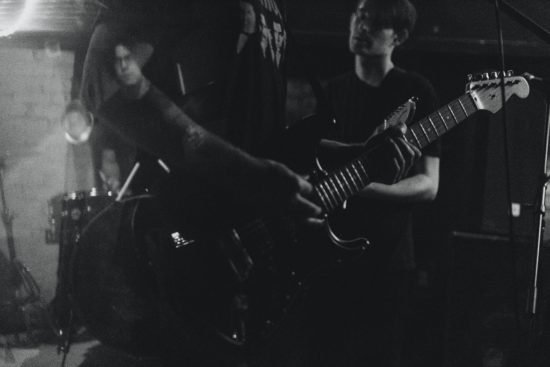 It might be 90 degrees outside and the middle of July, but that won’t stop us from pulling on our ripped skinny jeans and caking on the black eyeliner as we head to Cleveland, OH for the release of Dark Spring‘s highly anticipated second album, More Than Suffering. Beginning as an emo alternative solo project for Carson Ward, it didn’t take long to launch into something far more captivating. Just like high school, this album sends its listeners through a nine-track rollercoaster of emotional turmoil. Without even realizing it, you’ll be transported right back into those days of sticky angst and tattered vans that match your oh-so-hardcore band tee right from the shelves of Hot Topic. While sonically comparative to the bands we blasted through our gummy headphones loud enough to annoy our parents, Dark Spring’s lyrical content is far heavier than anything we were listening to back then.

It’s like that very first week of freshman year and you barely have a second to breathe. The record launches into “Little Razor” quickly for a dizzying narrative that takes a moment to comprehend. The fight for a successful, fulfilling life is never-ending and often seems useless. All the while, there’s an expression of a push and pull between two people and perhaps a cry for help in dealing with a lover who struggles with poor mental health. While the narrative seems ever-changing, depending on the listener, the strength of the emotions is hard to miss. This track leaves its listener as lost and confused as the guys who wrote it.

Dark Spring’s More Than Suffering is now available on Spotify.

A tale as old as time, “I’m Sorry For Not Being There” is pretty self-explanatory in its title and its story of disappointment. Every record released by any band ever manages to feature at least one song about heartbreak. Dark Spring has managed to tap into a deeper cause and it’s one we can all still relate to. Finding yourself in an unhealthy relationship sometimes happens all-too-quickly and before you know it, you’re drowning in the thick of it. Sometimes, you’re even the one who started it. It’s hard to love properly and give a piece of yourself to someone else when you can’t even locate all of your pieces.

Continuing with the high school simile, the next two tracks are like walking into the cafeteria and watching the jocks and the punks scowl at each other while they resist flinging themselves into a fistfight. They are experiencing similar days and life events, all while still visually portraying the exact opposite of each other. “This Summer Will Just Be Empty” and “The Last Time” are telling the same story, but do so with differing tones and varying degrees of angst. The melancholy vocals of the earlier track are met with the angry yelling of the second. And while “This Summer Will Just Be Empty” is the softer of the two songs and features a steady drumbeat and guitar floating through the backtrack, “The Last Time” gives off 90’s garage band vibes that perfectly matches the attitude found within the vocals. The contrast is stunning and necessary.

Dark Spring’s Carson Ward started the band as a solo project that formed into far more after the release of their very first album.

Rounding out the shortest track and the middle of the album at the same time with “Incomplete,” the band experiments with their sound by layering clean vocals over some heavier ones. It’s a simple way to change things up and it works well for them. The slower breakdown halfway through the song is the perfect way to carrier their listeners through this story of being unfulfilled. “Glowing Green” follows with a tale of love and loss. Raising the tempo and leading with that all-too-familiar angst once again, it’s a quick reminder of just how intense emotions can be as we fall in and out of love.

Catch Dark Spring at The Government Center in Pittsburg, PA with The Sonder Bombs and Fuck If I Know on August 9th!

Featuring the album name within its lyrics, “More of You” would act particularly well as a leading single. Not only because it features the album name, but the repetitive lyrics make it easy to learn and cathartic to scream out loud. Throwing everyone right back to that first time they entered a mosh pit, this song has just the right vibe to support a rowdy crowd in a tiny, sweaty show. Everything about it makes us excited to witness this band tour and absolutely tear up the room with these guitar riffs and drum solos.

Though typically every album comes featuring a ballad to slow things down and allow the listeners to endure a moment of reflection, More Than Suffering lacks that moment. However, it’s not a moment that’s missed in the slightest. “House Fire” is the closest thing we see to this quintessential ballad tack and while it isn’t actually a ballad, the subject matter and tempo of the song do more than enough to fill in the gaps.

The final track of the album, appropriately titled “Swan Song” sends the album off without the slightest break in the band’s expression of hurt and pain. It’s not too often that we find an entire album riddled without a glimpse of positivity, but Dark Spring makes it work in a way that few can. With never-ending energy and enough perturbation to take all of us through high school, it’s clear that songwriting acts as a therapy for these guys. The emotional release Ward finds through this band is one we can all share and relish in as we listen to the album, front to back. 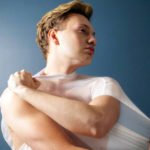 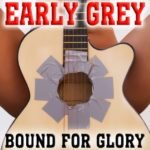