If there’s one band in the rock underground that has been making waves all over the dial in the last year or so, it’s The Dead Daisies, and it’s not because of their supergroup status exclusively. Ironically enough, I think the buzz around this band has been growing more because of the raging riff rock they’ve been delivering than it has anything these individual players have done prior to their forming this group, and in the new single and music video “Radiance,” they’re giving critics another dose of excitement to lead off the summer season.

The pressure on this bassline probably would have been too much for some players to withstand at the microphone, but it actually enhances the depth of the verses in this mix for a couple of reasons – chief among them being that these drums are loud enough to make any bass part palatable, no matter how monstrous in tone. The Dead Daisies experiment with tonal expressiveness without giving into surreal trends, which is something I was starting to wonder if any rock band in 2022 was going to be able to pull off without a hitch.

Let’s face it; if you’re listening to a single this group is putting out, you’re in it for the mad guitar action that can be found in every outing The Dead Daisies have to offer, and “Radiance” doesn’t disappoint in any capacity. There’s a kick in the guitars that doesn’t slow down, and thanks to a balanced EQ, we’re getting all of the texture that they would produce in a live performance where nothing would stop the monolithic riffing from taking over the air around us. A good set of stereo speakers will do you right when listening to this piece, but it honestly can turn any element into a device for rock n’ roll thunder in the right circumstances.

The Dead Daisies’ music is a must-listen for real rockers, but even if you’re not too sure about trusting the contemporary rock model, this is still something I would advise you listen to if for no other reason than to relive the buzz that made the original wave in this genre so hard to stay away from. There’s more to this band than “Radiance” covers, but that’s not what the track or its video is about – this is rocking out for no other reason than to feel alive, which is all I need as a critic and a fan. 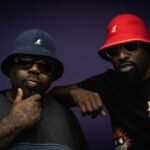 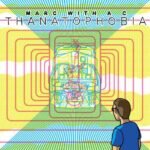