Identities are everything in hip-hop, and in the new single from Dude Reppin Knowhere, “Super Dude,” we witness the energy of a powerful player combust in real-time with some incredibly melodic results – all in the name of showing us who he is. While focused primarily on the mean game of Dude Reppin Knowhere, the hook in this single is an amazing accentuation to what was already a meaty piece of material. Coupled with a sly music video, “Super Dude” might not teach us anything new about its star player, but it undisputedly elevates his profile this autumn to a level mainstream audiences should find accessible.

This groove has a strong pop stylization, but the verses are slow-churned rap as imagined from a purely retro perspective. I’m hesitant to call “Super Dude” a total throwback because of its modern sway – a hallmark of an increasingly melodic strain of indie hip-hop growing in the American underground right now – but at the same time, it would seem a little redundant to ignore the influences it boasts with pride. Dude Reppin Knowhere is acknowledging where he’s been with the compositional pillars of this release, but not going so far as to recycle any of the cosmetics that inspired his career early on.

We get a great balance between the lyrical execution and the urgency of the beat, and truthfully I think “Super Dude” is made all the more exciting through the stylistic contradictions it spotlights in its chorus. The groove cuts through the harmony in this release and instantly washes the instrumentation in a warmth Dude Reppin Knowhere would seemingly just as soon stamp out with his fierce demeanor, and when you mix ice and raw heat so tightly together in a single, you wind up with some chemistry that is second to none (as evidenced in this very song).

Melodically speaking, I think there isn’t much room for debating whether or not this latest cut is among the crème de la crème of Dude Reppin Knowhere’s poppier discography so far, as the instrumental fabric and the vocal work is frequently so seamlessly bound that it’s hard to tell where the kiss of a lyric ends and the sting of the sonic texture begins. Rather than trying to muddy up the backdrop in favor of turning all the attention to the verse, everything here is designed to flow together in a singular tidal wave of emotion and evocative tonality, as would perhaps be more common in an atmospheric trap song, ambient music or even post-pop.

If you haven’t heard it already, I sincerely recommend checking out Dude Reppin Knowhere’s new single/video combo in “Super Dude” on the next possible occasion. This is a release that lives up to the critical hype it’s been garnering since first hitting airwaves a little while ago, and although there’s no telling when we’ll have it soundtracking the club scene on a broader scale this season, its beats could be just the tonic some restless dancers need to get through the lonesome and cold month of December. 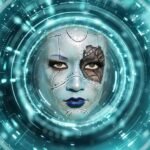 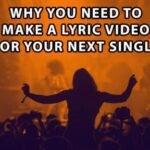 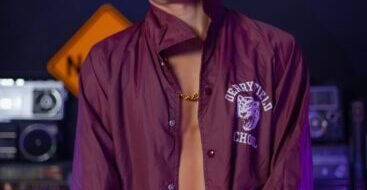