Even when success has been found for a band there can not be a slow down in the hard work. It is a continued effort that keeps a band at the top of their game and at the top of fans’ hearts and minds. Our friends from GREYE take great pride in putting in all that work and have a new single ‘Lucky’ that aims at pointing out that passion and work ethic needed to achieve your goals.

Based in Daytona Beach, Florida, the band has always defied the mainstream industry rules of conformity. GREYE is progressively independent. The 5-piece band takes from whatever genre they see fit to create a sound full of energy that is truly their own.

Their last album Under The Weather, their 5th to date, achieved great success. The record reached heavy rotation on multiple indie, internet, and Top 40 radio stations across the U.S. and overseas. Lead single “What If I” charted on the Netherlands Top 40, hit #4 after eight weeks and has been on the Euro Indie charts for seven months.

There is no slowing down for GREYE though. Multi-platinum engineer Brian Reeves is currently mixing tracks for a new album due out in late 2020.

Music Video for ‘Lucky’ by GREYE

For our first taste of the new record, we are treated to the new single ‘Lucky’. The song is an anthem for anyone who has ever had a dream that seemed too impossible to believe in – that one dream that you’ll do anything to achieve. People are quick to say, “gosh, you’re so lucky to do what you do,” when all they can see is the end and not the journey. GREYE has earned their success and will continue to be ‘lucky’.

The rock vibe will draw you into the music but once the vocals of Hannah Summer come in, there is no escape. From her angst-filled verse to her sultry chorus, she takes you on a journey to exactly where she wants you to be. The driving beat keeps the blood pumping creating that energy that the band has become famous for.

Keep up with the continued rise of GREYE here: 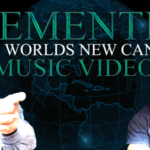 The Journey with ToughKenaMan Explores Dementia with... Previous
New EP from Goth Babe Helps You Enjoy the Single Life Next 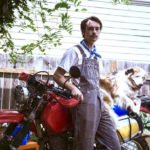