Some musical styles are very specific to certain locales.  Genres have been known to stay in one area for years before exploding on the rest of the country.  There have been many uprisings and falls of jazz and funk but the genre gains some of the most loyal fans.  The band Gumbo Le Funque has been keeping it alive and well.

The Colorado based group was established in 2011.  They grabbed their influences from the tradition of the second line and traditional jazz., as well as by the power funk that oozes forth from New Orleans.  The party atmosphere is very evident in the Gumbo Le Funque sound.  Their first studio recordings, “Funky-Dangerous Party Music, Volume 1 and Volume 2,” was released in August and December 2014 and they have been hard at work ever since.

This coming Saturday, February 6th, Gumbo Le Funque will be releasing their next record #PowerLoveFreedom.  The 11 track album brings the party directly to your ears no matter how far from New Orleans, or Colorado, you are.  The opener “Maceo” is an instrumental journey to set the funky jazz tone.  The title track “#PowerLoveFreedom” features Mike Wird to lead the mantra-like chorus inviting everyone to join in the fun.  The vocals spill with feelings while the guitars play a bouncing melody that fills the sonic space.  The rap breakdown is another twist that makes the song truly original.  The funky bass groove of “She Taught Us” really got me bopping my head and tapping my foot.  The amazing musicianship stands out here.  There is a slowed down romantic vibe to “Stay With Me Until We’re Done” that grabs at the emotions of any listener as the vocals drip with feeling.  The record closes with “Star Funk” to leave the listener in the middle of the party ready for more.  Enjoy a listen for yourself right here: 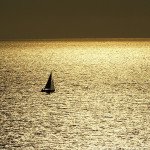