There has been a move in modern alternative rock lately to shrink down the band structure.  There are more 2 man bands with just a guitar and drums than we could possibly count nowadays.  Sometimes you can hear the vast absence in the sonic pallette of these groups.  We are glad to see that there are still groups of musicians willing to combine their talents into a better whole such as our recent find Harakiri. 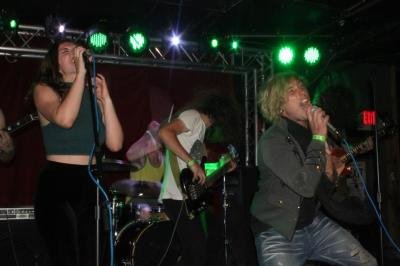 The 7 piece band from Saint Paul, Minnesota has been filling the soundscape with their own innovative version of progressive indie rock.  The genre is tough to pin down because it seems to jump around even within the same song.  This is a good thing to keep the short term memory music fan of today engaged.  Writing music without genre limits has set Harakiri free to pursue music that both entertaining and exotic.  The energy, music, and stage presence of the band has been compared to such diverse acts as The Mars Volta, Queen, and Incubus.

This past summer the group released their debut self titled album Harakiri.  The 10-track record is a full on explosion of sound to draw you in.  The opener “C’est La Vie” hits the listener right away with sounds seemingly coming at you from every angle.  The vocal phrasings create a peppy effect that gets the mind racing.  The beginning of “The Borgia” makes you think the band is going to slow it down but the fancy guitar riffs and group harmonies flash up to smack you in the face again.  Then there is “Rumspringa” with its effect laden guitar driving forward the full sonic soundscape of other instruments and voices.  It creates a kind of storytelling effect but in full 3D Imax fashion.  There is a more progressive tone to “I Love Lucy” but also a jazzy feel with the sweeter female vocal up front.  By the time you get to the closer “Apples From The Tree” your mind is fully opened to the reality of experiencing music washing over you as if you are standing in a soaking wet rainstorm where the rain seems to even be coming up from the ground at you.

Get a feel for the visuals as well on “Lorelei” below:

Please check out Harakiri for yourself at: http://harakirimusic.wix.com/ 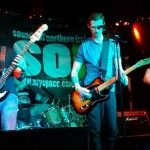 Plague Artists - Bringing 90's Grunge Back To The Front... Previous
The Remnants - Musicians With Varied Influences Turn... Next 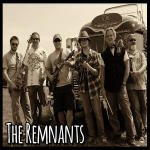