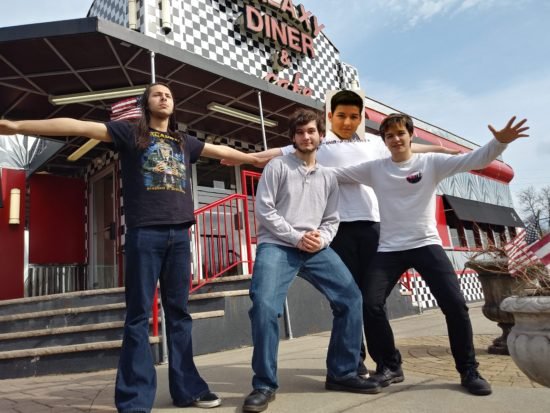 A musical mind must remain always open to ideas. Songs will come at the most spontaneous of times. Our recent discovery A.Pex Sun has managed to do this and has created a fresh new sound that is an amalgamation of seemingly different sounds.

We caught up with the unique rock band for a candid chat. Enjoy the interview here:

First off, tell us the story behind the name A.Pex Sun?

Paul: We found the name when our friend suggested we make our band name based off of a sex pun, simply because it fit our personality. I then made the joke that if you switch some letters around it becomes “apex sun” which sounds all preppy and full of its own importance so we added the dot for character

Keith: I would describe our music as a blend of Garage Rock, Punk, and Grunge with a fusion of Latin chords. This doesn’t hold true for every song on our album, however, because we like to mix, match and add stuff to try and make every song unique while sticking to our foundation.

Which bands have had the biggest influence on the A.Pex Sun sound?

Paul: We study bands that have two frontmen (like us), and the biggest influence out of the bunch have been the Clash. Most of our guitar riffs are inspired by like Billy Corgan’s octave layered riffs and John Frusciante’s funky jazz-like playing. I’d say we’re influenced pretty heavily by Elvis Costello as well, and while the influence is more obvious in songs like Jane Doe, it is spread throughout all our songs.

How did the band come together?

Paul: The band started with me (Paul), and Keith a couple years ago. We didn’t really have much else going for us, and every time we hung out we ended up playing music. This ended up in a demo tape called First Take under a different name, “Narvin”. After that we weren’t too happy with our product so we scrapped those songs and rebranded ourselves to be more of who we were. After we started writing new material we found our drummer, Josh. Josh added a lot to our sound and really meshed with who Keith and I were, musically and personally. Our last addition was our bassist Sebastian. Seb is another one of those kindred spirits that we found, and he really gives us a different facet to our sound. So while Keith and I started A.pex Sun, Seb and Josh filled us out and we wouldn’t be A.pex Sun without them.

Tell us how a song comes together for A.Pex Sun. What is your songwriting process?

Paul: Keith is the lyricist, so the majority of songs come from him saying “what if we had a song like this” and then me writing it. That doesn’t mean he just sends me lyrics though, because we like to be in the same room and tweak everything in person. For other songs though, I’ll have a concept and make filler lyrics which Keith will tweak and it ends up influencing the melody. Then I’ll arrange it and everyone will tweak certain parts to their own liking.

Your latest record Magical Realism is full of songs that get right to the point. Tell us about the album.

Keith: Most of the songs were just spontaneous ideas. Things we thought of in everyday life but never wrote down. Most of The songs tell stories either About other people or ourselves..

Paul: Yeah it’s kind of like an album that deals with fleeting thoughts, good or bad. We also like to think all the settings are in the same city, and for us that makes it more cohesive. The title also comes from the literary genre, which means; fantastic and magical elements kind of sprinkled on ultra realistic settings. So some songs have certain lines that are almost to be taken literally, but only if it doesn’t get us in trouble lol.

Keith: The best advice I can really think of is be original and create with a purpose. The music Industry is already way too saturated with Ghost writers and the songs don’t feel genuine. The Best thing to do is write with a purpose.

Paul: Don’t be afraid to say things that could be seen as weird. Don’t be afraid to make a Pinkerton. Show your feelings, be true to yourself because there will always be someone out there that needs to know someone else is thinking the same thoughts you are, going through the same experience, or even just knows that something happened. Every single thing you feel is worth something so don’t push them aside for love songs or party songs, because those are a dime a dozen. People are going to remember the artist who makes you think about things that might even make someone uncomfortable. Just say it.

What does the future hold for A.Pex Sun?

Keith: I dont know whats ahead, whether we get famous or not. But I don’t care, making music is what personally drives me. I’m in a band with my best friends and I have fun. There’s definitely more music coming, hopefully fixing mistakes we made on our last album and we’ll have new and better equipment. But definitely expect us to keep making music.

Paul: We’re already writing new material that we want to blow people’s minds with sounds that they never knew they wanted. We truly are making songs that aren’t “chill” or anything like that. I’m sick of chill, everyone’s complacent nowadays. I want these songs to make it impossible for anyone listening to sit comfortably. We’re gonna make something so charged with energy that everyone feels it from beginning to end… because if I see “Lo-fi chill beat” one more time im going to scream. 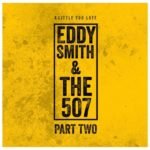 EDDY SMITH AND THE 507 GET SOULFUL WITH THEIR TWO PART... Previous
Lili Joy Shares "The Colours We Can't See" In Breathtaking... Next 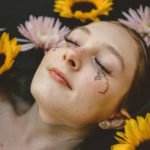