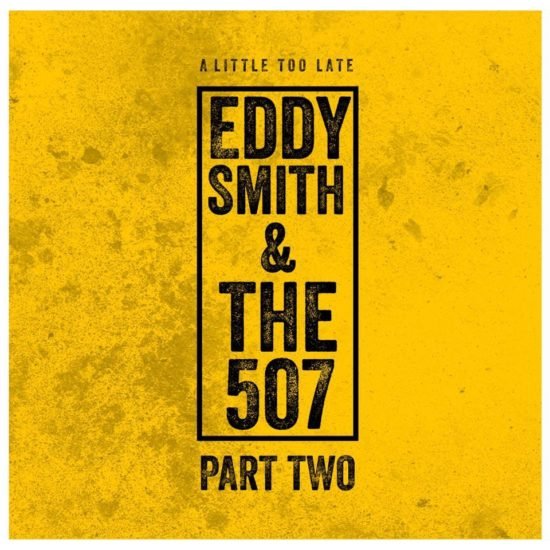 Over the last few years, there has been a growing buzz about the band Eddy Smith and the 507. They have been captivating audiences with their energetic showmanship as well as their soulful side. It is clear to hear that they have been influenced by the likes of Joe Cocker, The Rolling Stones and Aretha Franklin, to name but a few.

The guys were eager to showcase their musical talents, so they launched a crowdfunding project. After hitting their goal, they were able to begin work on their debut album. During the recording process, they decided to split their debut release into two parts. The final product became A Little Too Late Part One and Part Two. The band were proud of what they had assembled and excited for the world to hear what they had created.

June saw the band release of A Little Too Late: Part One. It opens up with the track “Lost On You”. The short intro grabs the listeners attention before Smith comes in with his soulful vocals. They are used to get his story going “She always sees the good in me when all I do is bad / She takes the blame for everything in which no part she had / Lord I know, Lord I know she ain’t lost on me”. After that, the band steal the show with an energetic sound that includes some great work by Webb on the harmonica.

The tempo slows down when “Roll with It” and “Middle of Nowhere”. The softer tone allows Smith to showcase his emotive vocal talents. The band bring back the feel-good factor with “Minnesota”. When they do, it shows why they have been such a hit during their live shows.

Closing A Little Too Late: Part One is the sleeping giant that is “Strangers (Since I’ve Been Loving You)”. It may sound like another soulful track, but dig deeper as there is more to be found. They have assembled something that is all about emotion. It is the winning formula that made classic songs of this genre stand the test of time. The perfect example of this is the delivery of “Oh lady you’re just / you’re just / so fine / so fine / but you won’t never be mine / Oh no, no darlin’/ don’t make me cry”. It is music about how it feels as well as how it sounds.

Not content with taking a break, the guys now return with A Little Too Late: Part Two. They start things off with the energetic “Deeper Love”. Franden and his bass create a cool groove throughout. Along with Davies on the drums, they give this track an infectious pulse. They dictate the flow of the song which sees soulful verses and a feel-good hook. Next up is the funky little number “It Don’t Feel Much Like Livin” which features more great work by Webb on the harmonica.

When “A Little Too Late” arrives, it allows the listener to appreciate the storytelling qualities that Smith can bring. The opening lines highlight this talent with “I was born on the wrong side of the line / My friends say that I’m old before my time / Is it too much to ask for what is mine? / I’ve still got my soul / no they won’t take it but they’re trying”. It also shows off a different side to the band as they create more of an Americana soundtrack to mix up their sound. It is not long before the band return to their soulful side with the track “Down to the River”.

They have saved the best for last with the track “She Ain’t Coming Home”. As soon as Smith delivers the opening lines “All my cards are on the table / But you got nothing more to say / I’ve exploited all I’m able / Got no aces left to play” the listener knows this is going to be something special. His emotive tone says more than the words he is sharing and this is a genuine connection that an artist has with what he has created. No words can do this song the justice it deserves. Just press play and enjoy.

A Little Too Late as a whole is a flawless collection of songs that oozes so much genuine emotion. Eddy Smith and the 507 deserve to be proud of what they have created. 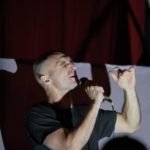 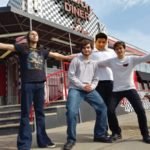