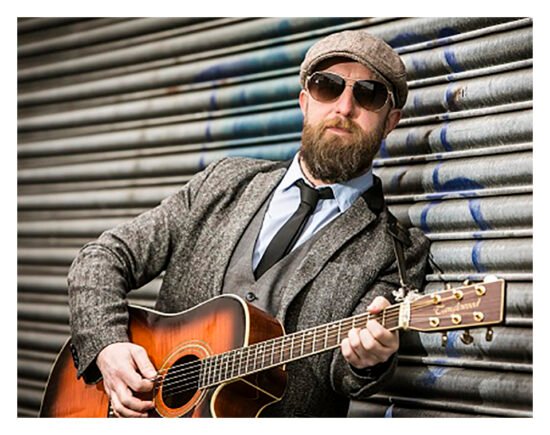 Even the best musical success leads to some hard times. It is a difficult life to handle. The highs and lows collide in unsuspecting ways quite often. Our friend Chris Kelly had a great run with The Scooters but then needed a well deserved break. He is back with a solo career and took the time to chat with us and give us some of his story and a look at where he goes from here. Enjoy the interview:

The ‘Chris Kelly: Genesis Movie’ would start with me learning to play guitar aged 12 on my Dad’s battered old acoustic and the Beach Boys 20 Greatest Hits as my teacher. Gravitation towards like minded peers in school, a vinyl education of soul and new wave from my Sisters and the necessity to write my own material for my GCSE music exams, and a song writer was born.

How would you describe the Chris Kelly sound?

It’s hard to detach yourself musically from your influences, how ever hard I try, so you will always hear echo’s of The Beatles, Squeeze, Crowded House and Jellyfish in my writing. However, melody is king for me, so I hope that whatever I write it sounds fresh but most importantly the listener will retain the information for days, weeks even years to come.

After taking a break from music for a while after success with The Scooters, what brought you back with a solo career?

Success led to deep depression if I’m honest. Going from the highs of being in a band in LA with your best mates, to having to find a ‘normal’ job was too much. I made some wrong decisions, ended up in a rut, pretty dark times. It took a holiday to Greece with my ex-Scooter band mates and a chance gig in an Irish pub that turned things around again. The owner of that Irish pub offered me a residency for the following two years, so I packed up my life and headed to Greece, and there the music was discovered again. On returning to the UK I had the confidence again to choose music as my career, and I’ve never looked back.

Compare the life of being in a touring rock band against now being a solo artist?

Being in a band is great. You share everything. Laughs, tears, fights, girlfriends. Being solo can be lonely at times, but it has its positives. More money for a start. I think writing as a solo artist has given me the opportunity to be more creative, free to try things and write from the heart. I’m looking forward to getting a new band together though and performing my new tracks to a live audience.

Have a listen to “Iron Skin” by Chris Kelly

What can you tell us about the writing and recording of your new EP The Last Place You’ve Been”?

A return to LA in 2019 reunited me, after about 16 years, with many of my old friends from The Scooters days. My good friend Steve Arm invited me to lay down some vocals and guitar as he had some left over studio time from recording with his band ‘Pistol For Ringo’. To be honest, I had been getting back into the song writing, but all I had was ideas, riffs and some lyrics, but easily enough junk for two or three albums. I sat down that day and wrote lyrics to two songs I had completed, and off we went. It was Steve’s idea to go for the EP idea. I had started to record some tunes back in the UK for my album, so adding to the LA recordings of @Letter to Myself’ and ‘Password’ the EP was born. I owe it all to Steve really.

You also run Rock Club Wales. Tell us about your goals with that endeavour?

After returning from Greece I partnered with a friend to create a company that would allow young people from unprivileged backgrounds to access musical instruments, rehearsal venues and professional tutors to help them be creative and experience what it’s like to be in a real rock band. It was hard for us growing up trying to find instruments and places to practice, and because music has been such an influence on my life, I knew it could help others. The Covid 19 pandemic has put a stop to my face to face rock schooling, but I still connect and teach my students online. I’m like the Welsh Jack Black.

Give us a look at the future of Chris Kelly.

Big question. I’m not one for futures and pasts anymore, to be honest. Neither can be controlled. I’ve always felt quite lucky in my life, even lucky to have been depressed because I can recognize that route now and I won’t go there again. I’m just happy to be creating, happy to be healthy, happy to have the support and love of my wife Lucy, and happy to be alive. I’d like to get the album finished next year and hopefully take it on the road with the new band (as yet to be assembled).

Keep an ear out for more music by Chris Kelly HERE. 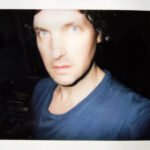 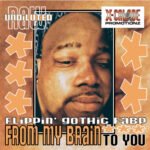