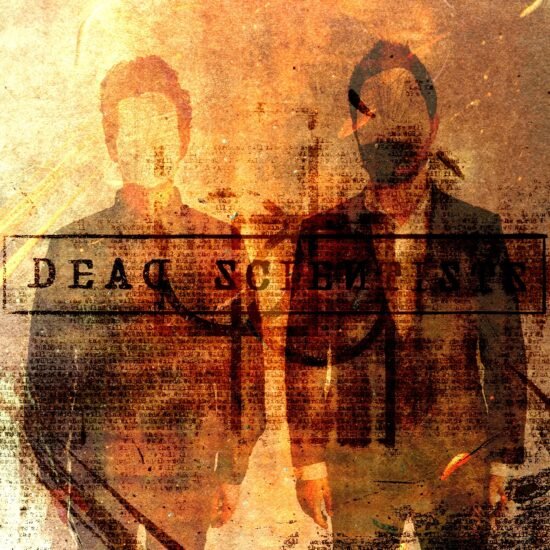 Once a musical bond is formed between musicians it remains even if the individuals are forced to go their separate ways. This seems very true in our recent find Dead Scientists who have come back together after a long hiatus to pick up where they left off with new music.

We had a chance to catch up with the now remote musical project to get a little deeper behind the scenes. Enjoy the interview:

First off, tell us about the name Dead Scientists?

We started off in 2008 writing ideas for an EP or album about this concept of a second Cold-War taking place and the journey of somebody arriving into a future Soviet-style state. Drawing on inspiration from historical records, legends and conspiracy theories floating around about the Soviet Union we decided to try and imagine what this future might look like. We wanted to imagine the thoughts and feelings you’d have being in that situation. As well as this concept, we also took inspiration from a paper about Dr David Kelly, the weapons expert who found himself vilified by the press for doing his job and ultimately ended up sadly taking his own life.

We wanted a name that encapsulated these dark themes and warnings about the paths society seems to be going down. In the current climate, the name seems somewhat more apt than ever.

It’s hard to describe, but we definitely know if a song has the ‘science’ as we call it. It’s definitely somewhere about alternative rock or dream pop. Odd synths and sounds meets Bob Dylan folk with a pinch of the experimental, wrapped up in pop. We’ve been compared to Radiohead quite a bit and for some reason David Gray. Someone long ago described us as a dark version of Neil Diamond. We’ll take all of those, thanks.

We’ve both been hugely influenced by Radiohead for as long as we can remember. Jointly we both have huge love for the self-titled debut album by ‘TEXT’ which was an avant-garde project about torture throughout history, made up by many of the members of Refused after they disbanded. Aside from those influences we also enjoy music such as The Flaming Lips, Tame Impala, At The Drive In, The Mars Volta, Neutral Milk Hotel, Tom Waits, Neil Young and Bob Dylan.

After such a long hiatus, what prompted the return to making music together?

In 2008 we had lived together for just over six months, writing music together but unfortunately the realities of adult life meant that we had to go our separate ways, at least as housemates. The ideas we had nurtured and the desire to write more never went away for either of us, we were just really fortunate that we both found ourselves in a position to start working on ideas again in 2019. After the first song started to get fleshed out there was no stopping more inspiration. I think an album was inevitable after such a long break from an unfinished project.

We were not struggling for inspiration in any way. It was unnerving to see a lot of the themes we had played with in the early days become reality. Each month seems to bring about something nobody ever thought could happen. We had to write about it.

We write and record remotely from opposite ends of the UK, which was our standard process even before lockdown measures forced many bands and musicians to work in this way. The normal process usually starts with a demo song from singer/guitarist Ross in the format of an acoustic track. Bassist and producer Dan then takes it on and starts adding other instrumentals to build the song up as needed. In many cases the end result differs considerably from its simple acoustic beginnings. In some songs, the guitar driven aspect may get completely stripped away and become a very different track to how it was ever envisioned at the start.

We have deviated from that process a few times on our debut album. Notably “IDDQD” and “Three Point Six” were written the other way round as instrumentals coming from Dan that have then been adapted and had lyrics written around them.

What do you hope the listener takes away from the new Dead Scientists album WE WILL FIND THE WORDS?

The majority of this album is our collective response to the chaos of current events. It sometimes feels like we’ve crossed into some bizarre and surreal dimension with every news headline more worrying and horrifying than the last. We’ve maintained a lot of the inspiration we took from the history books – drawing parallels with the situation we find ourselves in now, and the possibilities that could face us continuing down these paths.

Our message to listeners is this – in a world that seems to be losing a sense of reason, it’s almost impossible to keep up, you feel powerless, anxious and alone. We wanted to write this album for anybody else who feels the same and struggles to find the words to express that.

We hope the listener finds some solace in that and to take something away that might help them in their own lives.

Share some advice for other artists trying to make a statement?

The music industry has changed immeasurably in such a short space of time and it feels like now, so many interesting artists are struggling to be heard or to get their own message out there.

Artists need to be themselves and be brave enough to wait it out until what they want to say makes it into a song. Don’t try and pressure the track into a genre, go with what it feels like the song needs to progress and see how it comes out.

Make the music that you want to hear and not what you think would work well in our now algorithm driven world.

Give us a look at the future of Dead Scientists?

There’s a lot going on for us at the moment. We’re still right in the middle of getting the album out there and promoting it. The album means so much to us both especially due to the fact we picked up from 10+ years ago and finished or reworked many of those older ideas – we’re still actively trying to push it out there as much as possible to do it justice.

We’re working on more videos and content relating to the album in due course, but we’re also writing again. There are three or four song ideas currently in the process of being composed. Whilst we don’t yet know if these will take the form of an EP or an album, the inspiration did not end with We Will Find The Words.

Whatever format the new material ends up in, it seems to be a lot more introspective and personal this time round. The science, the strange and the surreal are still in there but it is in a different direction this time round. Who knows where it will end up? We’re looking forward to finding out. 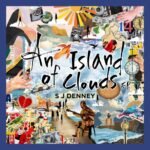 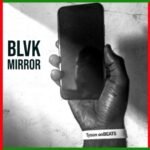 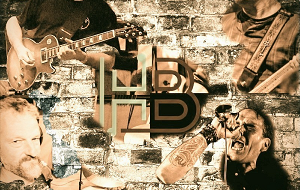