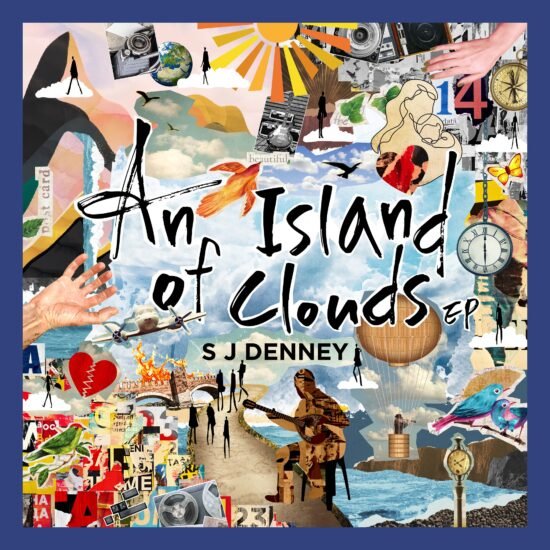 When S J Denney released his Forgotten Friends EP in 2019, he showcased an impressive progression with his songwriting. Not only had his lyrics become more relatable and honest, but his musical arrangement developed too. This year saw the release of the songs “Unsung Hero” and “A Place We Knew” which continued the evolution of his work. It also gave a taster of his new EP An Island of Clouds.

Denney says the inspiration for An Island of Clouds came when he “saw a formation of clouds, which really looked like an island to me. That’s where the title came from. I then decided to use all the changes in my life as inspiration, as well as the challenges facing the wider world. I started out by coming up with a set of titles and then wrote the songs to them. This really changed the creative process and made it really exciting”.

He continues by saying “I worked with Alex Hutchinson on the artwork. He designed the collage, based on lyrics from the songs, as I wrote them. We also decided to make one big collage for the EP and then use sections of it for the single covers, based on the portion of the large collage that was referencing the given song”.

Denney opens up his EP with something a little different with “Beginnings”. He has stripped back all the music to offer something that is all about his voice and some impactful backing vocals allowing the listener to focus on the story and his delivery. His lyrics say so much, especially the lines “In the beginning / We were strong and they were brave / Now they’re beginning / To look the other way”. Thanks to its minimalist feel, it lets each word breathe, giving them more purpose.

Again, the lyrical qualities by Denney continue to stand out during “A Place We Knew”. He talks about the good memories created with that special someone. Up next is “I Could Be Forgiven” and compared to the prior tracks, this one offers more musically. On the surface, it seems that his acoustic guitar is doing the work. However, the various instruments used help to enrich this song and give the listener more to notice. Of them all, the subtle guitar in the background is one which stands out the most.

Sometimes they say less is more and this is the case with “This World Moves On”. With just over 2 minutes, this is the shortest track, but it easily stands out compared to the others. Instantly, the use of the piano sets a soft emotive tone. Denney reflects the mood with the opening lines “Took a ride in a hot air balloon / I flew straight up / I came back down / And I landed in a different place / This world moves on”. It hards to ignore the delivery of the lyrics throughout as they have a more personal feel to them. The atmosphere is enhanced further with the addition of stringed instruments which adds to this captivating moment.

Finally comes “All of the Above” which includes the hidden track “Unsung Hero”. First brings more of Denney’s storytelling quality which is supported by some brass instruments. It shows how he is not afraid to add something different to his music. The latter is a personal moment which is an ode to his wife. “Unsung Hero” is a tribute to what she has brought to enrich his world and make him a better man. No lines highlight this moment of respect and thank you more than “But has it occurred to you / That you never get the credit you deserve? / Don’t you know / My hero’s unsung?”.

Yet again, the growth of the songwriting and arrangement by S J Denney continues to impress. An Island of Clouds offers something different to his previous releases. However, it is still built around his love for a story. It’s a good lesson for musicians to not be afraid to try something new and to continue to learn the craft. 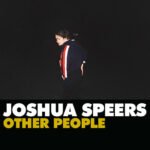 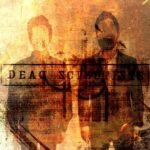