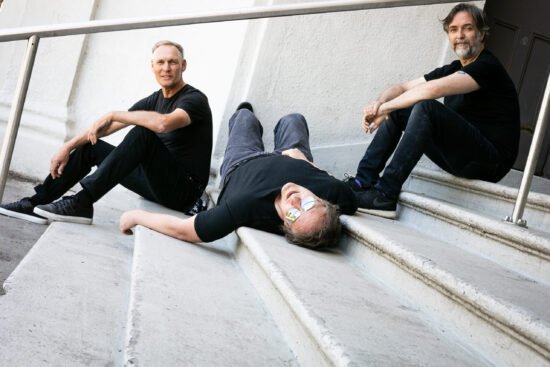 There is a power and a kind of magic in creating art from thin air. Music is an expression of something inside. Our recent discovery Elephants and Stars has harnessed this from the alternative rock music of the past to create something fresh yet relatable.

We caught up with the band to get a little deeper into where the music comes from and their plans. Enjoy the interview:

First off, tell us about the name Elephants and Stars?

We got it from a book called The Moral Arc by Michael Shermer.  It’s about how science more than anything leads mankind to a more moral existence. There is a part where he says the universe is divided up into what you can see and what you can’t see and he cited elephants and stars are examples of things you can see. I half-jokingly suggested it for a band name and it just stuck.  We put all of about one minute of thought into it.  I think most bands grow to hate their name eventually anyway, might as well get it over with.

My cop out answer is always that we’re a guitar rock band.  We’ve been called everything from pop, to power pop, to post-punk, to whatever else. But at the end of the day, most of the bands in those genres are just some form of rock music.

Speaking for myself, early influences – in so far as the kind of band I wanted to be in – were 80s bands like The Clash, The Replacements, Lords of the New Church, which is to say bands that were a little aggressive and catchy at the same time.  Then, the 90s explosion was huge for me. Bands from Canada I loved and wanted to be like were bands like The Lowest Of The Low, The Doughboys, Change Of Heart, Blue Rodeo and Sour Landslide. There were a ton of great American bands too that really influenced the way I wrote back then, like The Lemonheads and Buffalo Tom. The early Goo Goo Dolls stuff like Hold Me Up and Superstar Car Wash made an impact as well, although it was weird watching them morph into something else. Teenage Fanclub remain an all-time favourite. There was also a band from Nashville called Superdrag who I thought were the most underrated band ever.

Every now and again I’ll write a song and think “Oh, that’s so Superdrag-ish or that’s so Teenage Fanclub-y.”

There are a few current bands that I think are doing some great stuff as well.  The Dirty Nil, Menzingers, White Reaper, Beach Slang, and Gaslight Anthem might not be influences per se, but I love what they do and stuff like that always rubs off.

I think it is the same drive anyone has to do anything creative. Sure, it is a means of expressing yourself but, more than that, there is bit of magic when you create something, whether it is a song, a painting, a website, whatever.  When you’re done, a whole new entity exists where nothing was before.

The feeling you get when you play a new song with your band for the first time, and it starts to sound like an actual song, is a pretty amazing feeling. Conversely, the ones that don’t work out so well are always a disappointment.

How does a song come together for Elephants and Stars?  What is the songwriting process?

It starts with me.  I tend to write a lot but I am very self-screening inclined.  For every four or five songs I write, I will bring one to the band.  I try to keep them as skeletal as possible so there is room for other guys to put their own touches on it.  We all have a lot of leeway in terms of coming up with our own parts. We recently added a keyboard player as well and are giving him the same freedom.  You don’t want to be too dictatorial about things, something which I have certainly been guilty of in the past.  You want to let everyone feel a part of it and invested.  Plus you get the added bonus of songs going in directions that maybe you hadn`t intended originally.

What has it been like releasing an EP, Recovery, earlier this year, and then a pandemic happening to stall shows?

Well, it’s certainly been different. I know our manager had a lot of plans for promotion that went up in smoke. We were planning to have a bunch of shows that obviously aren’t happening anymore.  I did some acoustic shows as a stop gap, but those aren’t close to the same thing.  Basically we have switched gears and tried a few different online promotions, some stuff on social media and things like that. The rest of 2020 will see us release another EP and then just write and rehearse new stuff.

Share some advice about keeping a band together through difficult times?

Being in a band at the best of times is a very delicate balance of personality types, egos, work habits, and coping mechanisms. Adding any sort of crisis to that dynamic will only exacerbate any underlying issues you may be looking the other way on. If you have difficult personalities around, they will get worse.  In our case we are very lucky because we`re all pretty easy-going people and we all have similar goals. So, now that we can`t do shows, we`ve opted to concentrate on writing, recording, and releasing new material and we`re all of the same mind.  So, I would say just avoid bringing difficult people or toxic personalities in to your band at the outset because they will ultimately create more chaos than they are worth.

Give us a look at the future of Elephants and Stars?

(Laughs) Your guess is as good as mine.

Really though, we’re operating under the assumption that we’re still at least a year away from COVID-19 being under control, maybe more.  We are having some initial talks to record with Ron Hawkins from Lowest of the Low, who mixed our first EP, acting as a full producer this time around.

We have another EP coming out late fall that we recorded with producer Ian Blurton (he produced the Weakerthans records).  We are also talking to him about doing another record together in 2021.

I have an idea for an online show at the moment, but it’s only in the very early stages.  Something for charity. Sometimes it can be tiring being self-promotional all the time and I would rather focus on giving to someone or something else at some point this year.

Keep up with more from Elephants and Stars HERE. 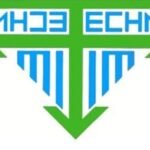 Artist To Watch In 2020, September Edition: Techno Tim Previous
Frankie and The Studs are "(Not Your) Victim" Next 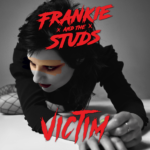