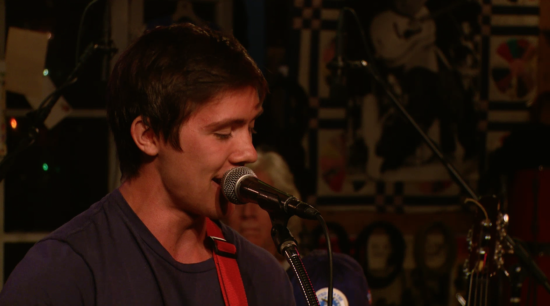 With the calendar just turning over to 2019 we all have a lot of goals. The willingness to work hard will be necessary. We recently discovered a good influence to follow in Grant Smith. We sat down with the talented singer-songwriter to get behind the scenes and learn from his passion. Enjoy the interview here:

With all the wild solo artist monikers out there nowadays, what made you decide to stick with Grant Smith as your artist identity?

It was always who I was. When I started out, people grew to know my name. There is a lot of crazy music, a lot of crazy artist names. My music was always meant to be soulful, down to earth, so my name had to stay the same.

How would you describe your sound, without the overused genre descriptors?

Something you could play around a fire, with nothing but a guitar. I wanted a sound that could be sung with vocals alone, guitar, piano, anything when someone is down, they can sing this song and it gets the same message across. It’s about the melody, the music, but it’s also about the message. In overused terms, Blues, but it was more than that. I write what I believe can only be sung by someone with heart. My songs have the best impact when you feel the lyrics.

Who has been the biggest influence on your development as a musician?

Ed Sheeran was a big influence on me. He was one of the artists who gave up everything. He was willing to be homeless, broke, and broken down to do what he loved. He writes often, he writes well, and he gives his all during every performance.

You seem to be multi-talented with arrays into acting, comedy, and songwriting all while being a US Army soldier. How do you find the time to be so creative?

I have no other choice. There’s that cliche speech given that you need to want it like you want oxygen. It’s true. If you don’t do what you love, you suffocate. I need that creative outlet, especially when everyday here can be stressful, or a rough day of training, where you need that outlet at the end of the day.

There seems to be a lot of emotion in your songwriting. What do you hope the listener takes away from a Grant Smith song?

I just hope they feel it. I hope they forget every other stressor for a few minutes. When they listen to “Drug,” for instance, I want them to be lost in that love, that passion – as opposed to worrying about bills or work.

You have released a lot of acoustic cover songs as well. How has the response been?

Overall, everyone has been very supportive. For the most part in my career, I’ve released originals. People, including longtime fans of my work seem to enjoy my own take on popular songs.

Myself being a former member of the 82nd Airborne Division, tell me about your experiences there today?

It’s great, of course any service member in the 82nd is filled with honor and plenty of hooah. It’s amazing being surrounded by similarly ambitious people, hard working paratroopers, especially as a medic, I love being able to take so much pride in my work. Early on in my service, I strived to be 82nd, and I’m very happy to be here. And, of course, Fort Bragg is a pretty great post. It’s a tight-knit community. It almost feels like a 50,000 member football team.

You are putting in the much needed work for a music career, what advice would you give to other artists willing to do what it takes to create a career in music?

Just give it your all. That’s it. Work as hard as you can, make the most of a 24 hour day. Sleep little, write often, and sing from the heart. Be willing to fail over and over and over again, and keeping getting back up.

Already going into the new year, I have an upcoming live album releasing in the next few weeks. I hope to have another few singles out this year and perform more often in 2020. I want to stay true to the voice I started with, and keep my writing true. 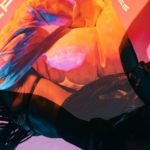 Just Rese gets our "HIPS" moving with new EP. Previous
Project Grand Slam Comes At Us 'Live From Serbia' Next 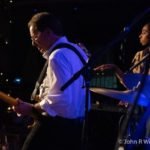