IBG Interview – 8 Questins with… The Half Cashed House Band 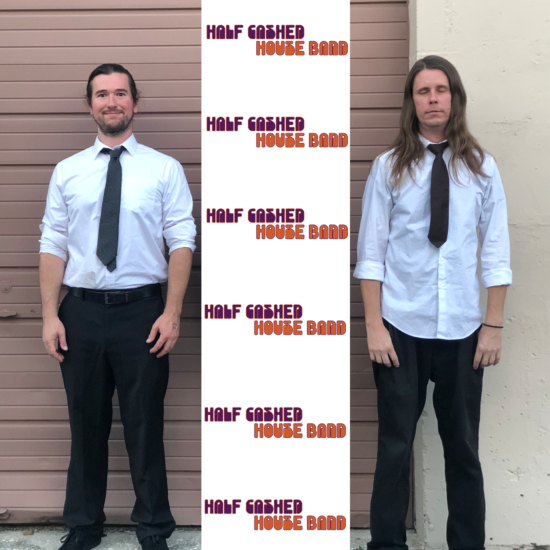 Some musicians take themselves way too seriously and never get anything completed. Our recent find The Half Cashed House Band is NOT one of those bands. Their mix of music and comedy is refreshing and fun.

We caught up with the band for a chat on the verge of their new EP release. Enjoy the interview:

First off, tell us about the name Half Cashed House Band?

About 5 years ago, my good friend Andy and I were sitting around trying to figure out a name for the production company we were starting at the time. We were literally looking around the room naming off things we saw in the hopes that something had a nice ring to it. Then it struck us! Right there on the coffee table was a Half Cashed Bowl. Later I decided I needed a separate entity to release my personal music and, thus, Half Cashed House Band was born.

How would you describe the music without any of the generic genre descriptions?

Oh boy! That’s a tough one. Half Cashed House Band is all over the place musically. While we often dub ourselves a Comedy Rock band, in truth, it is an exploration of musical cliches across a variety of genres, from Doo Wop to Funk to Pop-Punk. In the future we’ll be exploring even more bizarre ends of the musical spectrum.

Which bands have had the greatest influence on the Half Cashed House Band?

The most important ones that come to mind are Tenacious D, Flight of the Conchords and Stephen Lynch. We hope to capture the same essence of musical buffoonery that these forefathers innovated.

What is your songwriting process? How does a comedic musical masterpiece come together?

All the inspiration for these songs comes from our real-life experiences. Some of the main points include: a series of shitty jobs, more than a few relationships gone sour, a history of substance abuse, and top it all off with an excessive amount of weed. Usually a song will start off with a phrase or concept from a conversation I had with friends. Then, a melody line is roughly written for that phrase, a few chords pop into place and all of a sudden *POOF* a song appears. It’s magic!

We hear that you have a gift for everyone coming on Valentine’s Day? What can you tell us about it?

This past year we have been releasing a series of 5-song EPs, each with their own central theme. On 4/20 we released I’ve Got The Munchies, which was a smorgasbord of stoner-concepts. On 10/15 (my birthday) we released 30 Minutes Or Less, paying homage to my 8-year stint as a pizza delivery driver. Now, on the most sexy of holidays, we’re releasing Loveline, named after Dr. Drew Pinsky’s iconic radio show. That show taught me most of what I know about sex, romance and relationships. Thanks Doc!

What do you hope that the listener takes away from your music?

Honestly, a few laughs would be nice or maybe just a smirk once in a while. Half Cashed House Band isn’t deep. There’s too much serious stuff going on in the world right now and if we can provide an outlet for people to escape for a little while and forget the woes of life, that’s a job well done in our minds.

Share some advice for other artists combining music and laughs?

You have to be deeply passionate about both music and comedy. You should practice both crafts separately too. Write some jokes, hit some open mics, join a band, play some shows. Start figuring out how you can combine these things. Try and try again to harness that chaos. Inspiring people to laugh and dance is the most rewarding feeling. It’s a high like none other! Most importantly, make sure you’re writing about what you know. There’s just a little extra magic when it’s authentic and personal.

Give us a look at the future of the Half Cashed House Band.

There’s a ton on the chopping block right now. In the next year we’ll be dropping a series of singles that will lead up to a special release on 4/20/2022. Aside from that, we’re working on a comic book to pair with an upcoming and yet to be announced release. I’ll give you a hint: it has something to do with superhero dust bunnies imbued with magical powers from outer space. You may have guessed, there was a lot of weed involved in the creation of that concept. Whenever shows are a thing again, we’re going to be hitting the road hard. We’ve got a very fun multi-media show to bring to the stage. It’s all very exciting and we can’t wait to share in the fun with everyone!

Keep up with more from Half Cashed House Band here: 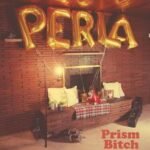 Prism B!tch Debuts With Perla Previous
Take a Break To Move Your Music Career Forward Next