IBG Interview – With Jay The Protégé and Don’t Jump 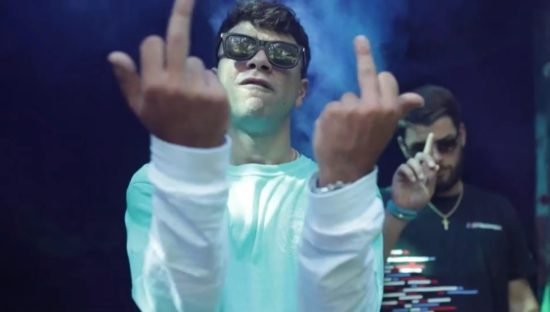 Collaboration is a major part of developing as a musician. When you find someone that has the same love for creating music magic can happen. This seems to be the story of our recent finds Jay The Protégé and Don’t Jump.

We caught up with the hip-hop duo to dig a little deeper into their story. Enjoy the interview:

First off, what is the story behind the names Jay The Protégé and Don’t Jump?

Jay: My name used to be Jay Dabs, but I knew I had to change it because that shit was wack. I think I thought of “Jay The Protege” when I was on vacation in Punta Cana two years ago. I was just listening to a bunch of old school rap on the beach, and the word “protege” came up in one of the songs. I knew I wanted to do something with “Jay” and when I heard that, I put two and two together. I still low-key want a better name, but people know it now, so I’m just rocking with it.

Don’t Jump: I was originally gonna be called “Young Ricky Bobby”. But one night, me and my boy where waiting for a train, and I pretended to jump on the tracks. He said “don’t jump” and I was like “Yo, that would be a fire rap name”. Like, no one has a name like that; no one. It’s one of a kind, plus it was also right around the time XXXTENTACION and all those guys where coming up, where they were preaching about mental health and suicide prevention, so it had a double meaning. Not many people can say that their name is an action and actually holds a positive message like that. I also wanted to stand out, and I think having a mysterious name like “Don’t Jump” catches people’s attention.

What do you hope the listener takes away from a song by Jay The Protégé and Don’t Jump?

Jay: I’d say I want the listener to feel how I felt at the time of recording the song. I feel like music evokes emotion more than any given thing in the world. For example, we made “Ceiling” during a very high point in my life, and I can audibly hear how happy I was when we recorded it. So for that song, I want people to feel good. If it’s an aggressive song, I want people to feel angry, or sad, whatever. It’s like that.

Don’t Jump: I just want people to enjoy it and vibe out. People tend to overlook us cause we’re young white college kids from the suburbs; I want them to see past all that and just enjoy the music for what it is. Good music is good music, no matter who the voice behind it is, you know?

Give us some advice for other artists balancing their music with their life?

Jay: You have to set aside time and energy to create. It depends on how you maneuver, but there’s no room for complacency in this business. For me personally, I write when I’m more depressed and tend to make better music that way. But if you’re not like me, then ignore that, and just try to make sure you write a verse/song everyday. If you get writer’s block, just write about how you’re feeling at the current moment.

Don’t Jump: Write as often as you can. But don’t let the music control you; no one is forcing you to do this shit. Do it at your own pace, and don’t over think or second guess yourself. There are no wrong answers when it comes to this music shit. You also gotta work at your own pace and try not to put too many deadlines on yourself, because you can’t rush perfection.

Jay: Our music together is usually pretty fun, melodic, and visceral. My solo material tends to be a little more on the rappity-rap side, and more moody, but I really like doing both. We don’t want to put ourselves in a box, so we’re always testing out new styles, sounds, etc. We’re constantly evolving, so our music might not have a specific sound as of yet, but you’ll definitely know it’s us when you hear it.

Don’t Jump: Our music is pretty unique, in my opinion; we’ve been doing a lot of experimenting with our voices, and every time we go to the studio, we find ourselves uncovering new shit that we didn’t know we could do before. Jay and I feed off each other and we push each other to be better, which helps the music grow. This is also why I think most of our songs don’t sound the same. You got your good vibe, melodic songs like “Ceiling” and “Sweet” , and then you got your hard, get-to-the-bag type songs like “Today” and “6AM”. But at the end of the day, all our shit vibes in different ways, and we have fun making it.

Jay: Eminem got me into rap, so he’s first on my list. I saw a 60 Minutes interview he did that got me really inspired, and I basically copied his methods. If we’re talking mainstream rap artists, then J. Cole, Tory Lanez, Joey Badass, ScHoolboy Q, Mac Miller (R.I.P). Sometimes I look around on Spotify and randomly find other dope artists, too. Outside of the mainstream, I really like Dominic Fike, Felly, Mike Stud, and this guy Chow Lee, who I have a song with on my upcoming album.

Don’t Jump: I started off listening to older shit like Wu-Tang and Eminem, so they were the ones that got me into rap. But as far as today’s artists go, Mac Miller had a huge influence on me. Like, I grew up studying him basically, and he’s the reason why I wanted to make my own music. I also got a lot of inspiration from X, and listening to him encouraged me to put my feelings and emotions into my lyrics. I also fuck with Rich The Kid, Juice WRLD, Uzi, and Playboi Carti (the GOAT). Rich has the most hype adlibs in the game today in my opinion, and I definitely find myself trying to mirror his energy in some songs.

How do you find time for your passion of making music while attending college?

Jay: I honestly write a lot when I’m in class; I think I wrote damn near half of my first album during lectures over the last two semesters. I tend to write a lot based off of my current emotions, so the more stressed so am, the more I tend to create. I try to make a commitment to myself to write a verse every day to stay fresh…it’s kind of like working out; you just make it a part of your day. So even when the semester workload gets heavy, I still make sure I’m consistent with the music.

Don’t Jump: I spent the last 2 and a half years going to community college, so I’ve had a lot of free time on my hands without much to do. I’m a lot smarter then people think; I had a 3.4 GPA, and got my Associate’s Degree while dropping some pretty fire tracks along the way. The way I look at it is like this; if you got time to chill out and play video games and shit, then you got enough time to listen to some beats and write some music. Plus, this music shit is therapeutic, and it helps me vent and express how I feel, so that’s definitely a driving force as to why I do it.

What is next for Jay The Protégé and Don’t Jump?

Jay: I have a solo album currently being mixed, it’s called Substance Mixed With Ignorance. It’s basically a project with a variety of vibes to give people a little bit of everything, and me trying to showcase my versatility. We’ve got some music videos in the works, as well. I’ve spent the past year and a half writing/recording/fixing songs and scrapped a shit ton of them. I spent countless nights obsessing over that shit. Now that it’s finally done, I’m really happy with it and I can’t wait for the world to hear it.

Don’t Jump: I’m just enjoying life right now, man. I just transferred to SUNY Binghamton, where imma bust my ass to get my degree in economics. Me and Jay got a collab project with our hometown boys, Casper White and B. Steady, that we just finished recording. I also recently started working on my own album, too, so there’s a lot of good things coming. 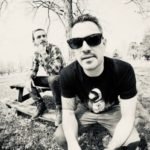 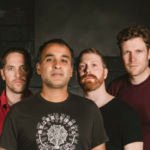