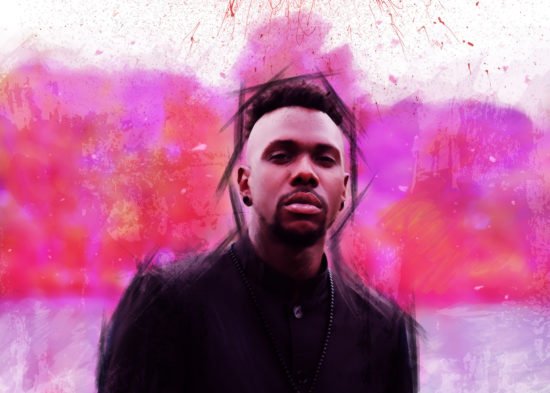 Music can be a fluid thing for an artist with a creative mind. Be willing to break from the genre boundaries and create something that is all your own. Our recent find Strike Boogie has done just that with his newest EP ‘Neurotic’.

We had a chance to chat with the interesting artist. Enjoy the interview:

First off, tell us about the name Strike Boogie?

Strike is the tangible instantaneous eureka and call-to-action whereas Boogie is the intangible, unknown and unexplainable dimensions of my creative persona. Physical and spiritual. Yin and Yang. Light and darkness.

Strike, both in name and branding, was something I conceptualized nearly a decade before assuming the alias as an artist in 2012 from the previous widely established alias, Darkchildx2k. To complete it, I wanted something that sounded like a last name. Boogie was an easy pick as it reminded me a lot of dancing which is my first recognizable skill since I could learn to walk on two feet. It was also chosen out of my love of the horror genre. As people started hearing the name more it caught on pretty much instantly, and soon enough I started to realize how much that name embodied the components that made up who I was as a creative and a person on a metaphysical level. And it sounds platinum dope!

If I were to place it in a genre, I would have to invent my own and call it Construct as I seem to gravitate to Electronic and Industrial as a base for the sound while subconsciously tapping in to three or four additional genres at any given time on a single track including (but not limited to) Hip Hop/Trip Hop/Chill Hop, R&B, classical, orchestral, rock, dance, and drum & bass. I am told that my music has very familiar nostalgia to it while being self existing and timeless, and yet has a future sound.

You seem to be involved in many parts of the creative industry. Tell us how it all came together?

I kept one main focus of creation on people’s line of sight and basically kept working on every other craft in the background and under lock. In this way, I could develop without outside interference or influence. The focus for people that I am most known for is illustration of the japanese and western comic style. However, that was one of the last major skills I took up and a bold one with the bigger chance of failing among all the other skills I had already acquired before reaching high school. Let’s be clear, I had no ability to really draw. I started later than people who had the gift. I worked my butt off and went through so much that I had nothing to lose by going forward because learning to draw was a need and not a want.

Anyone before that time knew me for theatrical perfomance arts, literature as well as music and dance with no capability of drawing. So how it all came together was at some point, after planning it thoroughly as an 8 year old child (with the help of Prince and MJ), I managed to find a synergy that allowed for everything on the surface and under development to match up and meet at a convergence in the future where I was almost equally skilled at everything. Furthermore, bringing it all to the forefront slowly yet surely through my self invented concept of creative alchemy.

I knew a long time ago that the best approach for my extensive creative abilities was to give people something almost singular in nature so that a particular success could be achieved and acknowledged before introducing everything else.  What I did not come to realize until recently is how supernatural it seems to be able to execute as much as I have accomplished in my lifetime while considerably starting at many eras that would be deemed early or late in my personal development.

Who has had the biggest influence on your career development?

Simply put, without Michael Jackson and Prince, my brother J.C. who literally molded me as a child to become a walking hip hop musical archive along with teachers Peter Knowles/Mark Dimonte, Mrs. Harold & Nancy Valerio, I would not be the artist of this caliber today. Also including comic book artists, magazine editorial photographers, actors and performers in hollywood. Cartoons and animation. And lots of Days Of Our Lives.

In addition as my notable mentions collectively we have artists across the board such as Cj Cruicks, Chris Mifsud, Red Handed Denial, Earth Yellow Sun, The Frame Defect, just to name a few. Lastly my entire 90s experience as a child growing up is by far the greatest influence to my career, irrevocably with hands down.

I have heard you describe it as ‘creative alchemy.’ Can you explain that to us?

It’s self explored invention that I have discovered. It is finding the synergy in every art form I can grasp and being able to channel those abilities of each one to mold into a cohesive form that has yet to be seen. At the very least, nothing that creative which I have ever seen.It was sparked between the musical ability Prince (Roger Nelson) had to play every instrument known to man and someone in my grade 4 or 5 class asking me if someone took away my ability to do one particular art what would I do with my life. When the answer I gave was that I would translate to another form of arts and entertainment until I could be brought back to that centralized skill of art I once lost, I knew I was on to something extremely mystical and unseen.

To make this easy to visualize as someone who experiences synesthesia, imagine being outside of a club that has its doors closed and people outside. All you can hear are gestures to what is playing inside until the door swings open and you start to hear that muffled soundscape that draws you in. As you get closer to the doors the mid tones and bass become prominent and you start to sing and/or move along with the wave as you take it in. And it’s only when you get right to the door that a wave of sound hits you with the high tones that feel like magic.

The outside club is where I start with music songwriting and composition. I can hear the flow and pattern as well as basic arrangement when the doors of the club open, and as I walk closer the trigger words and lines come to me organically as my staple which then allows me to complete my writing and dwell deeper in to composition and arrangement.

It is not always in this way that I go about my process. Sometimes, I dream the songs in part or entirely. Sometimes, I accapella my entire song. And most times, I have produced or had producers make songs that once heard, it began a profusive word vomit that won’t end until I write the core or entire song to completion.

Share some advice for creative people looking to build a career in the Arts?

Love what you do, it will show. Do what you want when it comes to art. Start from the point of expression and from the passion to create. Also recognize how what it is that you do can translate in to generating work for you, not based on what someone else does but for how you can work to live and not live to work. Do not be afraid to see who is out there doing what you may be doing. If it turns out that nobody is doing what you are doing or want to do and you can visualize it, then make it your duty to make it come to life without hesitation. There are very few who go out of their way to make a dream materialize to reality, so if not for yourself do it for every person in any stage of life who needs to see that there is something special in the integrity of chasing your dreams.

What does the future hold for Strike Boogie? 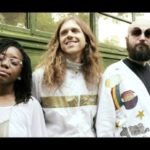 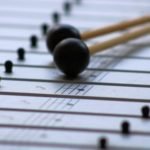 Malmo Takes Us To Alt-Universe With ‘Memories of Joi’