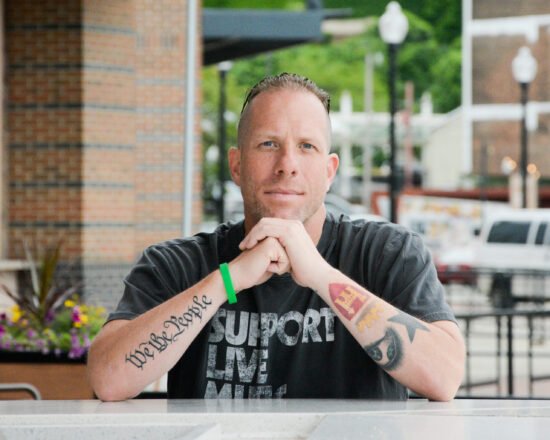 I had to look it up – the word ‘kenopsia’ didn’t fall under my vocabulary. Meaning “the forlorn atmosphere a place that is usually bustling with people but is now abandoned,” “Kenopsia” is also the title of the new track from Cleveland rocker J Temp 13. The solo moniker of John Templeman, J Temp 13 unravels the frustration and anxieties of the past few years, winds them back together and channels an ambitious rock pallet that feels refreshingly honest and true to the core of rock and roll. A little nod to the vintage blues rock with a B3 organ and a hook that keeps its grip even days later, “Kenopsia” never actually says the word in its lyrics. That said, you still know exactly what J Temp 13 is talking about.

You can feel it too. The world changed, it all went topsy turvy in the last couple years, and J Temp 13 conveys the powerful imagery of concert stages being closed. The guitar work is demanding from the get-go. The deliberate riffs are spaced out at first, and by the song’s bridge, it’s an all-out, vibrant ray of sunshine and black metal. It’s the sound you would relish coming from Cleveland, of all places. Hard working, blue collar and a bit of the rust belt all rolled into one giant sound. Templeman was born to sing a song like this – he’s beguiling enough that you want to keep listening and he’s got that rough around the edges vibe he’s shelling out.

Watch the video for “Kenopsia” below

The tempo is pure rock and roll and the rhythm section plays nice with the bonus Hammond B organ. I’m calling it bonus because I was expecting more playing-from-the-gut guitar, and in walks those almost psychedelic tendrils climbing up and down the walls. It really adds a glow to the rock tarnished residue. It’s heavy with the cymbals, adding even more combustible energy to the already high octane undercurrent. Transversely, Templeman takes the time to be defiant yet again with his statement of not letting it change him – this won’t stop him from feeling the way he does, he infers. He creates a huge sense of urgency and in tandem, communicates a sense of laid back and it’s going to be an alright, laissez faire attitude.

“Kenopsia” is the first single from J Temp 13’s album, America Or Bust. Templeman is credited with vocals, rhythm guitars and drums. Joining him on the track are the late Al Collins (Slammin’ Gladys) on bass guitar, Mike Onesko (Mike Onesko’s Guitar Army, Blindside Blues Band) on lead guitar and Michael Webb (Eli Young Band, Hootie & The Blowfish, A Thousand Horses, etc.) on the B3 Organ. If you read between the lines, this is a don’t tread on me type of song, but it’s fashioned cleverly as a rock song that tows the line asking the big questions of what the world will be like if these stages and concert venues are closed. Well, we’ve lived through it, and it sucks. What doesn’t suck is “Kenopsia”. 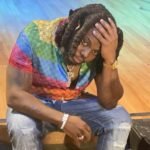 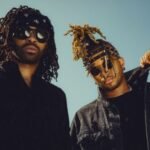