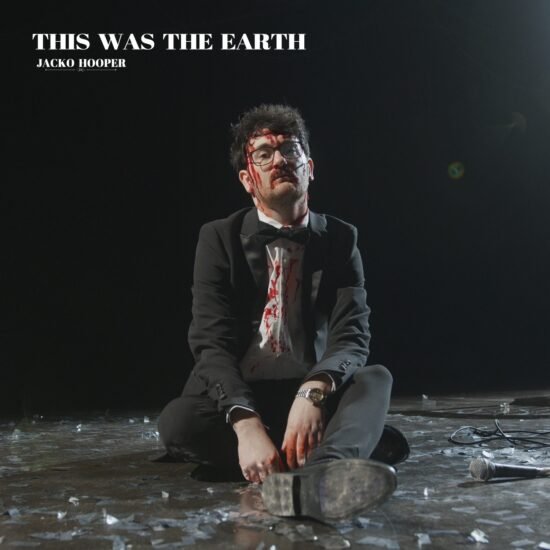 What separates outstanding music from the rest for me, is how an artist connects with their work. When they sing, you hear and feel the personal connection in what they have created. A great example of this is talent is Jacko Hooper. Here is someone who writes with such honesty and shares his words in the same manner. The quality of his work speaks for itself, with so many outstanding releases including “Egg Shells”, “Time Will Tell Us Enough”, and “You Don’t Understand”. His delicate style of indie-folk flows throughout each release to help give his sound a grounded feel. In doing so, it allows his soft emotive vocals to captivate the listener.

Now Hooper returns with his new song, “This Was The Earth.” When talking about his latest release, he says, “I wrote this track towards the end of last year having gone through a particularly difficult period in my life last summer. I had an episode of psychosis which was brought on from some ill-advised withdrawal from some medication I was taking. What followed was months of mental and physical exhaustion, confusion and trauma that I am still processing and dealing with. I thought I wasn’t who I am and was in a state where I thought it would only get worse, not better. Finding myself painting strange pictures and stories in my mind and this video was birthed from those situations. I felt like where I was, wasn’t here anymore. This was the Earth, but it’s not anymore. It’s the new place that I reside”.

Watch the video for “This Was The Earth” below

One of the many stand-out elements of Hooper’s music is his use of his guitar. He uses it with maximum effect as he creates a captivating atmosphere to add so much to his songs. This quality is clear to hear as soon as “This Was The Earth” begins. He sets the mood with some gentle strumming on his six-string to draw in the listener. Hooper then starts his tale with the opening lines, “Nothing feels normal / I’ve got no taste from the meds / Sick and turning sideways / My guts and my throne I’m a mess”.

As always, his way with words and their delivery never fails to impress. There is something impressive in how he puts his feelings and emotions into writing. It is a credit to the honesty he puts into his craft. He does so with lines such as “The world is so scary / I only live inside my head”. He paints the scene in a manner that is easy for the listener to understand. With “This Was The Earth”, he wants people to understand what it is like when someone is struggling mentally. A great example is the lines “Sitting through this sadness like I’m already defeated / I’m not sure this is who I am but f*ck it / It’s the best that I’ve got now”.

As mentioned earlier, his voice adds so much to his music. From the opening lines, he sings effortlessly and fills it with genuine emotion. He lets the words breathe and always the right amount of space between them. He is a singer and songwriting who is all about honesty. It comes across perfectly throughout “This Was The Earth”. It is one of the many reasons why this song is essential listening. 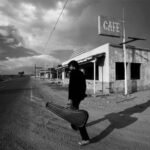 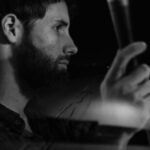