A growing artist must remain open to all kinds of influences.  There should never be any limitations on the genres and musical styles you listen to for inspiration.  Blending what you like into your own original style is the best way to stand out.  Jason Rylan is a good example of this.

The Las Vegas, Nevada based singer, songwriter, and producer started taking in influences from early childhood.  Both of his parents were musicians who would jam in the garage while Jason laid in the crib taking it all in.  Jason Rylan’s sound is an interesting blend of EDM, electronica, dance, and pop together with a little rock taste.  The visual arts were also a big interest and he received a degree in Mass Communication from Southwest Missouri State to increase his knowledge.  Creating an innovative image is just as important as the music.

Late last year Jason Rylan released his third album entitled “The Charm”.  The 15 track record exemplifies his evolution as a creator of music.  The opener “Ain’t Nobody” sets the tone with an assortment of samples crafting something that is truly unique.  Jason shows some emotion fueled songwriting on “I’m Just Saying”.  Even with the auto tune effects the song remains warm and comforting.  Many pop influences are heard throughout songs like “Help Is On The Way” and “Killing It” while Jason Rylan adds his own style to make the tracks stand out.  The title track “The Charm” ties it all together with a pretty piano intro and a male-female vocal duet that draws the listener into the story.  This is high quality songwriting.

Get into the word of Jason Rylan at: http://www.jasonrylan.rocks/ 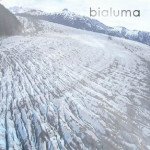 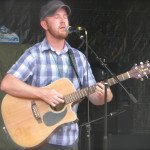