Kodiak Will Not Be “Alone” For Long 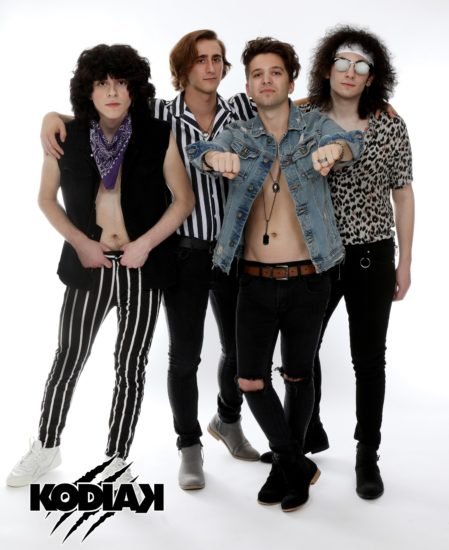 Kodiak’s second single from their impending debut album release, “Alone”, solidifies their standing as one of the most promising hard rock bands to emerge on the scene in many years. These four New Jersey kids with dreams of hard rock stardom sound polished in unexpected ways; they do not come off, even with a single listen, as a nascent act but rather as seasoned professionals with a well defined musical vision. They know what they want to sound like and how to get there. It helps, of course, they are co-managed and produced by renowned drummer Carmine Appice, an experienced hand in the hard rock arena without question, and his stewardship of the band’s sound directs it with a focus that accentuates their strengths.

“Alone” will make an even bigger impact thanks to the five star video accompanying the single’s release. The band has a relaxed confidence the footage communicates in a vivid way and the clip shows great imagination mixing live action footage of the band together “performing” and meeting the world with imaginative and colorful animated passages. The video serves a purpose for underlining the band’s musical chemistry with their physical presence; the camera loves these guys, to borrow a well worn cliché.

The speakers love them as well. “Alone” has a number of compelling musical dynamics woven into its near four minute running time and there’s a number of rhythmic shifts propelling it even harder at crucial points in the song. It isn’t quite as aggressive as the band’s first single “Goodbye”, but it is interesting to hear how they take the relatively serious subject matter of the song and make something affirmative from it. This isn’t a band or song often finding themselves mired in despair. Kodiak’s music is much more about ultimate victories and barreling through life refusing to back down from any obstacle. It’s an attitude listeners of any age will relate to or recall.

“Alone” has a lead vocal embodying that quality. The effortless delivery mixes emotion and power alike in a potent stew and never loses its way. Discerning listeners will catch the moments of true finesse present in the performance and note how the singing shapes itself around the drumming and guitar work rather than playing off it. Hard rock from any band isn’t often this seamless and listeners will be hard pressed to find a single moment in the track where any stitching shows. “Alone” sounds like it is cut live in the studio with all four band members in the room at the same time and committed to recording in a single take.

Singles like the band’s first and this new one will do a lot to lay the groundwork for their first album. They’ve already garnered fulsome praise from various outlets and important tastemakers in the genre and the remaining songs on the debut we’ve yet to hear will, without a doubt, flesh out the direction of this young band for the near future and beyond. Kodiak is ready to make their mark and wants us to come along for the ride. 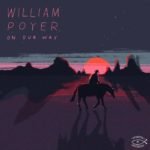 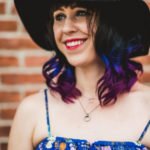