One of the best ways to develop into a great live performer is by playing in a cover band.  No this will not help your songwriting skills but what is the use of great songs if you do not have the talent to get up in front of a crowd and perform them.  Our latest find has taken this route to set herself up for stardom.  Let us introduce you to London Rose. 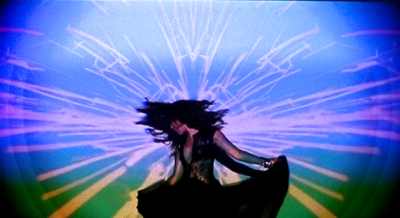 The Indianapolis based artist began singing with the top Midwest cover band Living Proof when she was just 17 plying over 100 shows a year.  This gave her the opportunity to perform alongside such music icons as Earth, Wind, & Fire, Chicago, and KC and the Sunshine Band.  This gave London the close up look at how to become a superior vocalist and she gained the attention of some heavyweights in the music industry for her astounding vocal range and stage performance.  This gave her the bug to pursue a solo career.  She says “I realized if I wanted to sing and write my own songs, I had to go out and make it happen.”  London Rose put together a PledgeMusic campaign to help fund the recording of an album.  She was surprised by the amount of support and money she raised.  This set her on her way.

The result is her debut EP Kick Drum.  The six track record is an impressive mix of different styles to show off the voice of London Rose.  The title song ‘Kick Drum’ is a smart dance song ready for the club floor.  The big bears are slowed down at times to let London’s voice shine through.  The song that jumped out to me is the funk-pop number ‘Fake’.  There is a dirty kind of energy here that makes your ears stand up and take notice.  The EP closes with ‘Never Be The Same’, a well written ballad showing off that vocal range and even adds a nice drum beat to set it apart from the common female vocal ballads out there today.  Keep an eye on this potential star at: http://www.londonrosemusic.com 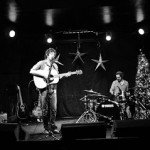