Space. The final frontier. When so much of music seems to have been thoroughly focused on themes and aesthetics that can be down-to-earth in the most boring sense possibly, one band is facing upwards. Way upwards. Right past the atmosphere.These are the considerations, settings, and themes of the new album THE RACE FOR SPACE from London’s Public Service Broadcasting. Since 2009, the band has been steadily crafting its own identity, aesthetic, and delightfully, inspiringly refreshing brand of music. 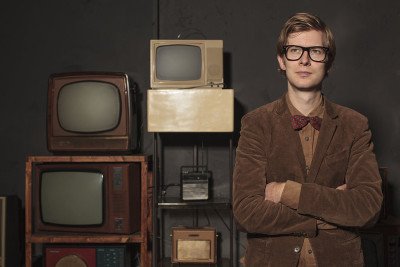 Even though Willgoose himself says it’s difficult to describe what they do, there is enough familiar in their music to draw anyone in. The obvious connection is Daft Punk, as a duo with (brilliant) pseudonyms playing wordless, instrumental songs punctuated with samples and clips. There are the electronic touches and soaring qualities of M83. There is even a touch of the sonic experimentation of Tangerine Dream, a comparison that the new album’s theme of 1950s and 1960s space exploration definitely invites.

And then there all the ways PSB is completely unique. Few bands can put out a single and effortlessly marry the feel and infectiousness of Michael Jackson’s “Smooth Criminal” with decidedly un-danceable Russian footage of Yuri Gagarin and audio clips of the era to make a track that is irresistibly funky, as PSB does on the amazing “Gagarin.”

Few artists could take recorded audio of astronauts from public sources like PBS and the BBC, throw in just enough of Radiohead’s most fun iterations and make a rollicking, thrilling, and rocking track like “Go!” Rarely is JFK’s speech for used as a backdrop for exploring such lofty and universal themes as on album-opener “The Race for Space,” and makes you dance on “Valentina.”

Few artists could take all these seemingly disparate elements including some unhip public domain samples and make it work. Fewer still could do it so well. In THE RACE FOR SPACE, PSB ambitiously manages to reach for the stars and make the journey equally thrilling, emotional, moving, danceable, and very, very human.

Currently on their U.S. tour, J. Willgoose, Esq. took a break from the band’s busy schedule in Chicago to talk to us. Hear what indie bands should focus on, the challenges of playing “wordless” music live, Willgoose’s favorite superhero, and much more.

THE RACE FOR SPACE is now available everywhere.

Public Service Broadcasting will be performing at the Bowery Ballroom on Friday, April 10th. Tickets are available here.

*-interview and article by Anatole Ashraf of Indie Band Guru

Editor’s note: Also find out what choreographed number this blogger will be performing at his wedding.

Matthew Heller - Mix Of Favorite Influences Creates A... Previous
Signal-to-Noise - Taking The Leap With An Introspective... Next 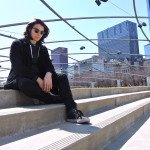