Luis Mojica Shows Us “How A Stranger Is Made” 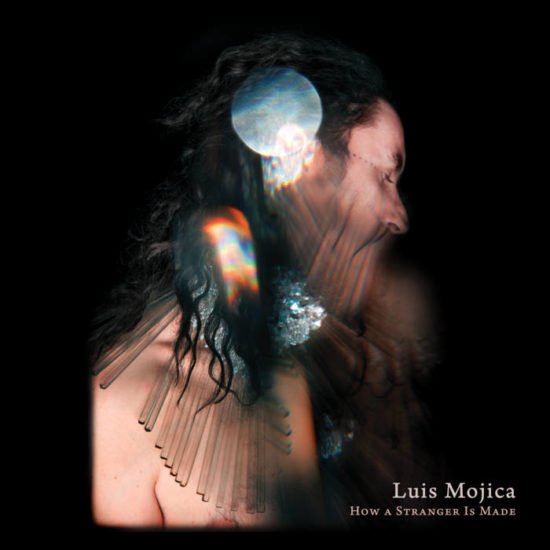 In a gentle caress, a piano ushers us into the glow of “Invoked,” its keys intimately introducing us to the instrumental framework of what will become one of the more memorable tracks on How a Stranger Is Made, the latest release from New Yorker Luis Mojica. This song features a brittle but breathtaking vocal harmony framed by what eventually becomes a churning, albeit pendulous drumbeat, but like its stylistic counterpart in the rollicking “The Ranger,” the mechanics of its melodies aren’t nearly as enticing as the actual poetic value behind every verse Mojica sings to us.

His voice is a surprising force to be reckoned with in “Shaman Food” and arguably more surreal than we’ve ever heard it before in “De La Saint,” but no matter which song we find it in here, this vocal is always at the eye of every sonic storm How a Stranger Is Made has to behold. You don’t have to be a big fan of eclectic rock to appreciate the substance in this record, but for those who regard themselves as connoisseurs of the genre, Luis Mojica’s 2019 indie smash should be considered required listening at the moment.

“Witch Love” and “Moon Men” don’t waste a stitch of time in washing us with textured harmonies that aren’t necessarily as big in size as they are robust in tone, but while they’re composed around entirely different themes than, say, “Cowboys” is, they don’t make for odd bedfellows in this tracklist at all.

Although Mojica can’t be accused of adhering to one aesthetical school of thought over another in How a Stranger Is Made, there’s definitely an element of consistency to all of the content here that allows for us to feel like we’re listening to one epic collection of songs as opposed to a hodgepodge of experimental tunes that have but one factor in common – the man performing them for us. This album often sounds more like a contemporary piano rock opera than it does anything else, but with that said, I would point out that the typical bombast that accompanies most progressive affairs is completely absent from the music on this LP.

Whether led forth by a lustrous beat in “Insane,” compressed between the muted ridges of an implied rhythm in “City Friends,” presented as a half-whisper and nestled against the backdrop of an atmospheric instrumentation in “Stranger Song” or amplified via a chill-inducing reverberation in “Queen Song,” the voice of Luis Mojica is almost guaranteed to shake you to your very core when listening to How a Stranger Is Made this spring, and while it’s not the only indie heart-stopper worth writing home about right now, it’s got enough of a kick to unquestionably elevate its creator in the hierarchy of modern singer/songwriters.

Mojica doesn’t back down from any challenge set before him in How a Stranger Is Made; no matter how daunting the task, he runs head-first into the flames here, and forges an album that I think his fans are going to be talking about for some time to come. 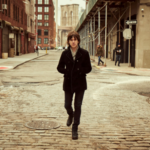 Delayed Fuse Delivers An Explosion Of Sound From Adam... Previous
Justin Smith Takes You Into His "Fantasy" Next 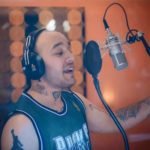 Luis Mojica Shows Us “How A Stranger Is Made”

Luis Mojica Tells Us ‘How a Stranger Is Made’