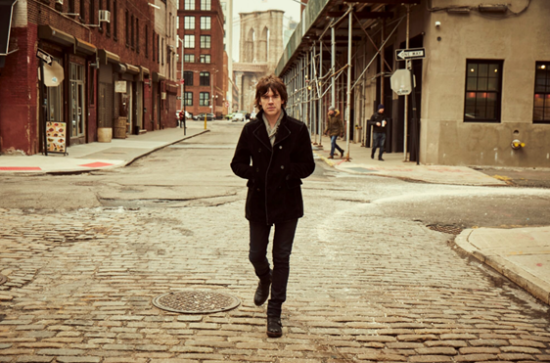 The opening guitar riff off Delayed Fuse, the new EP from Adam Masterson, is equal parts classic, refined and rollicking. As the vocals kick in, and we’re all “Running round in circles / Trying to find some light,” we know we’re in for a good time.

The EP is Masterson’s first release since his 2003 debut, and with a run-time of 18-and-a-half minutes it feels like he’s put almost a year of himself into each minute of the album. The opening track and first single, “Bad Luck Baby,” welcomes us to the party with that driving riff and a frenetic promise, “And if the stars align / The night won’t tell on you…And if the stars align / Oh no the night won’t tell on you!”

Adam Masterson does a stellar job toeing the line between energized and weathered. When he repeats the line “Too much too soon” and later “Breaking the spell,” he does it with a confident gravitas that feels earned. He’s lived bad luck and seen others do the same. It gives the listener a vast canvas on which to imagine what the interim between albums looked like for Masterson, how much he learned and lost and grew.

The album’s middle track, “Avenue Walk,” and closer, “Farewell Blue Eyes,” both take a turn towards the soulful. Masterson does a deft job evoking elements of other artists in listeners’ ears without ever seeming like he’s skewing towards duplication. It’s impossible not to hear elements of Springsteen in each of these tracks, yet the substance and soul of both songs remain wholly Masterson’s.

The most jarring move Masterson takes on the album is with the penultimate track, “Rusty Cans and Dusty Alleys.” In the midst of bangers and soulful ballads he drops in this rockabilly ditty that evokes strong outlaw country/Johnny Cash vibes. Once again, he remains in full control of his style, the genre and the blend of the two. The upbeat twang that carries the track musically shouldn’t work on this album, and yet it’s a perfect setup to say goodbye (hopefully not for another 17 years) with “Farewell Blue Eyes.”

While “Bad Luck Baby” is easily the catchiest tune on the album and likely the one to receive the most buzz, it’s the follow-up track, “Crazy Rain,” that sticks with me most. The piano is beautiful, subtle but the star of the track. The lyrics reflect what I imagine Masterson ultimately discovered over the past two decade. In so many ways we’re just passengers here in the midst of everyone’s and everything’s storms trying to find and hold onto the handful of things that we find ultimately worth it.

For Masterson, that something is clearly a someone. And whatever he has to go through for them is worth it, even amidst crippling uncertainty. “I’m just sitting here / In this crazy rain / And I’m wondering if / I’m gonna see you again,” he sings in the chorus. And in the bridge, “Crazy rain all running down my spine / Crazy rain this storm is yours it ain’t mine.” He’s made his own peace with and within the storms and can sustain within through confidence and clarity.

“I wrote a letter to the nighttime / But I won’t send it til the sun shine / I gotta tell you for the last time / I won’t give up til your heart’s mine,” he ends the track. This resoluteness is palpable, and promises that any wait in the “Crazy Rain” will be worth it. For Adam Masterson, and us, and whatever comes next. 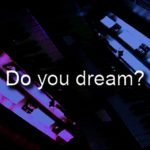 "Do You Dream?" Because Møons Does Previous
Luis Mojica Shows Us "How A Stranger Is Made" Next 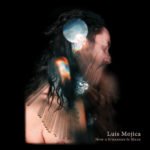 Danielle Hollobaugh Urges Us To Find ‘Peace on Earth’ 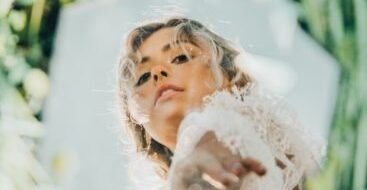 An Interview With Adam Masterson