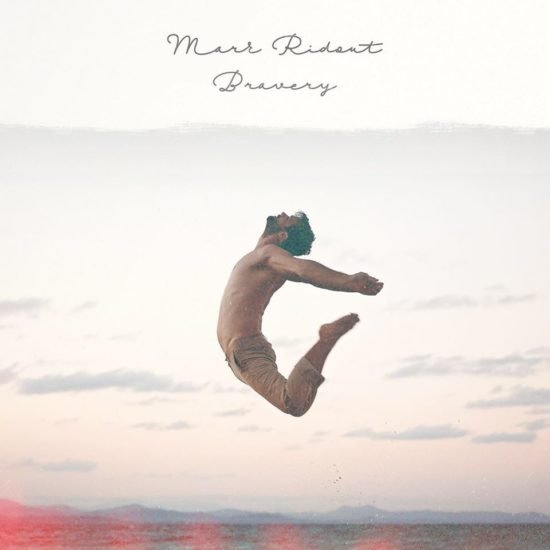 When Mark Ridout released ‘Flood’, it was a change to the sound that he usually creates with his band Mark Ridout & The Rhythm. He swapped his upbeat acoustic grooves to create something with a compelling emotion tone. The single was the first of many, which all confirmed this new direction. These songs have become part of his new album Bravery, which is now available for the world to hear.

“New Shoes” starts off the album and instantly his gentle guitar style draws in the listener. It is not long before his tale begins with the lines “A new lease, on a new life / Got your ticket, you can take flight / But there’s a north wind, so better hold tight”. There is an irresistible charm to his storytelling style with its delicate and free-flowing nature. It is a trait which continues not only through the remainder of the song, but throughout the album too. As its chorus arrives, Ridout is supported by stringed instruments which add an extra soothing tone to its soundtrack. It all comes together to create not only an impressive song but a great start to this release.

Next comes “Inside a Dream”. Building on the foundations of the opening track, it features more of Ridout’s emotive sound. However, his lyrical and vocal talents have the opportunity to stand out further. He shares a story which takes the listener on a journey. It is highlighted during the lines “When an old man with a fresh face / Passed me a bunch of balloons / every colour every hue / Now I’m flying, and I can’t speak / Its like I’m inside a dream”. As he shares each word, he does so in a mesmerising manner that makes this song something special. This captivating storytelling quality continues during the following tracks “Anna’s Song” and “A Million Miles”.

‘Bravery’ is filled with nothing but compelling and emotive stories by Mark Ridout.

Ridout has spoken about how the title track is special to him. He has said “It was written during a period of change, starting a new chapter. Being bold, making changes in life that need to be made, even if they scare the hell out of you, and outside your comfort zone. In a way, those are the ones that need to be made the most”.

As “Bravery” begins, he sets the scene with the opening lines “She could wait a lifetime / If she waits another day / What’s lying in her beating heart, still remains. Been waiting here for hours / but hours turned to days / Ready for the perfect time / that never came”. With each word, you can hear how Ridout has a genuine connection with the song. As a result, his emotive tone emphasises the message of the song.

Throughout the song, its simplicity in sound adds so much as the guitar and strings interweave. The atmosphere it creates is subtle and gives the spotlight to the story. Because of this, the listener can appreciate the positive message which Ridout is sharing. Especially with lines such as “So live now, Life’s short, so be bold, be brave”. It is storytelling like this which highlights the talents which this songwriter possesses.

Closing off the album is “Footsteps of the Sun”, “Flood” and “When this Mountain Falls”. There are no surprises to be found as they continue the trend of music which flows naturally to captivate the listener. Of them all, the lead single “Flood” stands out the most. The vocals are beautiful as they ooze so much emotion. The use of the violin mirrors the mood to help create yet another moment from the album that is unforgettable.

Mark Ridout should be proud of the collection of songs he has put together. It is clear to hear that he has a genuine passion for his craft, especially with his storytelling qualities. Bravery is an outstanding album that is not only beautiful but essential listening. 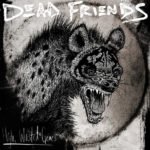 Grab Your Dead Friends, Put On Your Headphones And Hike... Previous
Vanessa Carlton Teaches Us "The Only Way To Love" Next 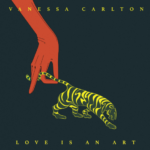