It is often said that the rest of the world is often way behind the music scenes of America and England.  Is this necessarily a bad thing?  Some of the sounds of the past where amazing and now are considered classic.  So what would be wrong with a band still writing great music but in a genre that may be past it’s prime in other parts of the world?  That seem to be the case with a band we still listen to in MEROE. 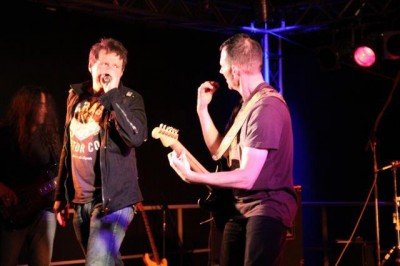 The German hair metal band hails from Munich.  Their sound is powerful and strong using snarling guitar solos and high end vocals.  The band was started by Oliver Monroe and his voice bringing in Alex Kah on guitar, Tom Schill on Bass, and Tom Wagner on drums.  The band is well aware of their 1980’s influences and bears no shame in that.

Last week Meroe released their fourth full length album Suite 524.  The 10 track record is a testament to a crazier time when rock music was in your face and held back nothing.  From the opening song ‘I Am’ the album launches an attack on the listener’s senses with no signs of a let up.  ‘Born To Rock’ lets you know exactly where this band stands.  There is no fluff here, just power shredding and melodic basslines.  By the time Suite 524 finishes up with ‘Blood Red Sky’ you will be left exhausted  as the music has had control of your mind and soul and forced your body to be up and moving around.

If you are ready for a rocking good time head to : http://www.meroe.de 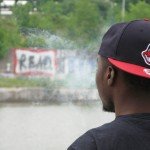 Rox Ran - Rising Hip Hop Star Is Back With Video For... Previous
The Smith III - Young Kids On The Early Track For Success Next