Sometimes I come across a band and I feel like I am late to the party.  If a band has strong radio-friendly songs, sounds expertly produced, and even has ‘the look’, how are they not huge yet?  That was the case when I was introduced to the band Monks Of Mellonwah recently.  It might help that they are from Australia and have not released a full length album yet, but I am psyched to be introducing them to you now. 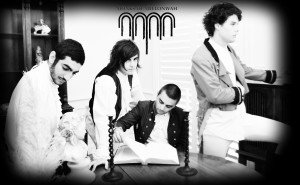 A four-piece alternative rock band based in Sydney, the Monks Of Mellonwah draw on a variety of influences to create a fresh and unique sound.  They just released their second EP, Neurogenesis.  The 4-song record really exposes their mix of styles perfectly.

The title song, ‘Neurogenesis’, starts mellow and spacey before building into a hard rock chorus that really heightens the listener’s senses.  The song grabs you and doesn’t let go as it drags you through a great guitar solo and leaves you wanting more.

The next song, ‘Neverending Spirit’, is an ode to a lost loved one and a tale of the enduring nature of humanity.  The song already has a very professional music video. Watch it here:

‘You Shine’ is the Monks obligatory ballad.  Don’t worry it is not overly cheesy.  The vocals soar as haunting guitar work is layered underneath.  The song exemplifies that the band can go in any direction with good results.

They are starting to get noticed now.  Winner of the award for “Best Indie Rock Band” at the 2012 Artists In Music Awards and nominated for Best International Act at the LA Music Awards, the Monks of Mellonwah are entering some very exciting times. CMJ also featured their track “Neverending Spirit” on their trendsetting mixtape series.

Overall, the Monks Of Mellonwahs’ Neurogenesis is a great EP that really wants me to learn more about the band.  The only problem, it is too short.  They show that they can go in many different directions and have the musical chops to do it well.  Expect to hear a lot more of this band as they explore this side of the world and break into your playlist before long. 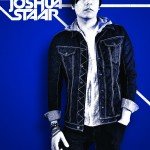 JOSHUA STAAR - NOTHING WRONG WITH HEARING SOME GOOD POP... Previous
MY FLESH HEART - CATCHY SONGS WITH FEELING Next 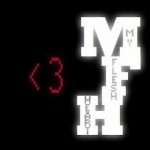