Today we begin a new monthly column by long time friend and music professional Kenny Love.  He knows many of the ins and outs of this crazy music industry that we are all trying to navigate.  Enjoy his knowledge below:

Though the title of this article readily explains what it is about, I would like to open it with a personal experience… personal to the point that the subject of this opening paragraph is my cousin, but not just any cousin.  He is, otherwise, a Hollywood actor who has appeared as a major guest star for hour-long dramatic television series, made numerous guest appearances on comedy sitcoms, has appeared in major blockbuster films, and the list goes on and on and on.  He is also a formidable stage actor.  And if you are an avid television viewer of a major film buff, I cannot only assure you, but I can GUARANTEE that you have seen him, as he was a prominent celluloid fixture from the mid-1980s to the early 2000s.  In short, the video screen couldn’t get enough of him and his presence.  There…there’s the opening set-up.

Since my cousin is also formally educated in theatrical arts and, until recently, spent over twenty-five years in Hollywood, during one of our conversations, I inquired if he ever considered writing or directing, as this is a natural segue in the interest of survival and competitiveness for many actors when demand for their acting skills, for whatever reason, begins to wane.  His response was along the line of, “No, Kenny, I’m an actor…I prefer to leave the writing to YOU guys.”  Some time later, surprisingly, he decided to relocate from Hollywood at quite a distance to the South, with his proclaiming that “the South is the new Hollywood.”

The sad part is that since I’m not in the Film industry in a major way, he believes I believe his reason for relocation.  For the record, pardon the pun, I don’t believe it…at least, not wholeheartedly, as I feel that 99% of his reason for relocation was a combination of his receiving less roles as well as his need to return to care for extensive family real estate.  I’ve wanted to reveal to him how I’m not buying his story, but why ruin the upcoming family reunion with the distinct possibilities of loud screaming and furniture moving?  To be clear, and to utilize an already overly used cliché, both action as well as inaction speaks volumes that are louder than words.

Similarly to my cousin’s attempted presentational status to the public, both major and independent musicians and recording artists attempt to hold on to ideologies of yesteryear’s version of the Music industry albeit quite differently in their reasoning in their ongoing pursuit of maintaining relevance of their careers within the Music industry.

Firstly, let’s look at how major-label artists attempt to present and maintain their false ideologies.  Major artists attempt to maintain a hierarchy level in appearance to both their public audience as well as to their competing independent artists in their effort to thwart what has now become a social reality.  As an example, when visiting most major label artists’ social network pages, I have found that directly “friending” or “connecting” with them is not possible or is disallowed.

However, they are readily accepting of as many “likes” as their pages can receive and hold.  Again, this gatekeeping act is from a page straight out of the past “old school” playbook of doing things in the Entertainment industry at large, whereby, the general public had very limited access to entertainers.  However, the wise ones among this particular crop of today’s musicians and recording artists readily understand that the Music industry has evolved, is evolving, and will continue to evolve in the future.  And if artists are to continue maintaining both relevance and presence, they will, indeed, need to graduate from “Old School” in this particular aspect.

And to graduate from this particular aspect of the “Old School” mindset, they will also need to first pass the “Deceit Unwarranted 101” course before receiving their proverbial diploma, whereby, they continue to pretend they are selling millions upon millions of compact discs weekly, as opposed to, in reality, their only selling simple downloads in their effort to convince (translated “hoodwink”) the public at large.

I watched the words come out of singer/dancer Beyonce’s own mouth (clearly, one of the biggest-selling and most popular artists of all time) when she herself revealed the fact that CDs (compact discs) are not only selling slowly, but lowly, and are on their way out…permanently. While this fact has been tossed around now for several years by music industry corporate types, music journalists, music “talking heads,” etc. and while largely ignored by artists, Beyonce’s revelation as a compelling major artist did my business “heart” good to hear it from someone of her immense stature.

Secondly, let’s visit how independent artists also attempt to present, maintain, and hold on to their false ideologies, if only to and for themselves.  A handful, believe it or not, still believes in the bygone era of the now broken down and, practically nonexistent major label system, and is ever actively still pursuing it.  Again, unbelievable.  The remaining majority, however, has allowed itself to be fooled by the online presence affectionately known as the Internet.  As opposed to seeking professional business assistance in the forms of promoters and publicists to help market, promote, publicize, and advertise their music, independent artists have falsely ideologized that they can save a ton of money by doing it all themselves, which could not be further from the truth.

Again, the old adage, “Action or inaction speaks louder than words,” rears its ugly head once again to force them to quickly realize that not only does their attempted do-it-yourself approach now requires a lot of additional work for which they had not planned or self-educated, but their embarking on the D-I-Y execution also requires a lot of different types of efforts that must be executed simultaneously for both effectiveness and success.  Additionally, they are forced to face, yet, another staunch reality…that the Internet does not readily extend its do-it-yourself cultural courtesy to artists.  When delving in proverbial unchartered business waters of the Music industry, independents are, eventually, forced into accepting that they are proverbial fish swimming upstream and against the grain, particularly, on national and international geographical levels and scale.  As with major artists, wise independent artists will elect to seek out professional promoters and publicists who are familiar with the aforementioned areas of the Music industry in which artists are not

In summary, false ideologies are counterproductive to anyone who chooses to embrace them and forego truth, but especially to creative artists.  Because in the end, while creative art can be and is often enjoyable and pleasurable, it does not fall in most categories of “need” in the interest of public consumption, whether physically or psychologically.  Creative art is not a life-saving product, service, or resource that the public must have in order to survive.  And any artist who chooses to become and remain encased in the false ideology bubble of creative art will, at some point and assuredly, experience firsthand, its burst.

Editor’s Note: Dr. Kenneth Love is a writer/author and musician/recording artist.  Learn more about him at www.1waypr.com andwww.kennylovejazz.com 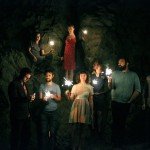 The Yellow Dress - Best Of Local Scene Creates Avalanche... Previous
Ian Marquis - Reaching Into The Back Catalog To See An... Next 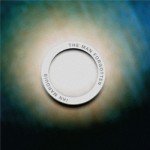