“Need a Little Lovin’” is the newest single of LJR, a Maryland based Pop-Rock songwriter currently working on his future debut album. LJR’s love of music began at a young age, watching his father play shows and his brother take up the drums. He grew up in an Evangelical church, and went on to use his musical talents in leading worship before eventually making the courageous choice to leave the church as a young adult. LJR has written many songs for well known artists such as Peter Gabriel and The 1975. Most recently though he’s been working on his own debut album, When the Sky Begins to Fall.

Listen to “Need A Little Lovin'” below

The song is fun and energetic, mixing backbeat guitar and syncopated percussion into a sound that’s very reminiscent of a lot of late 00s pop rock. LJR’s lyrics focus on the concept of a relationship that is failing to take off due to the speaker’s lack of confidence, and his vocals are very emotional, carrying the message to an intensity independent of the instrumentals. The song culminates in the bridge, where Sarin’s traditional vocals and the intense guitar solo comes in. The impact is impressive, carrying over into the final chorus which is backed up by the traditional North Indian vocals, increasing the emotional intensity of the song.

LJR has an impressive record as a songwriter and it shines through in the music he is creating for his own album as well. “Need a Little Lovin’” is a fun yet complex song. It suggests good things to come from LJR’s debut album.

Keep Up With LJR 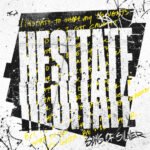 IBG Interview - 8 Questions With... Sons Of Silver Previous
Shaun Johnson And The Big Band Experience Are Playing... Next