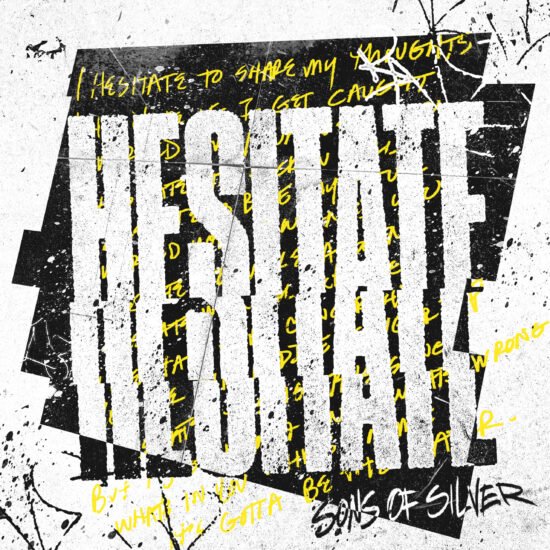 Music is born from emotion. Allowing the stresses and craziness of the world around you to influence your music will pack the most punch. A great example is our recent discovery Sons Of Silver and their new new single “Hesitate”.

We caught up with Sons of Silver Frontman Pete Argyropoulos to get a little deeper into their new music. Enjoy the interview here:

First off, tell us about the band name Sons of Silver?

Pete – It’s taken from my last name, Argyropoulos.  A good ol’ Greek name.  “Argyros” is the ancient Greek word for “silver” and “poulos” means “descendant of” or “son of”.  Thus, Sons Of Silver.  The name was suggested by my father, the proud Greek that he is.

Pete – We’re a guitar and lyric-driven rock ’n’ roll band reminiscent of bands such as The Stones, The Clash, and Radiohead while sounding absolutely nothing like them.

Pete – Personally, I’d have to say U2, Springsteen, The Clash, The Beatles, The Stones, and the Greek artist, George Dalaras.  But, aside from Dalaras, whom I listen to all the time, I probably spend most of my time listening to Frank Sinatra and Nat King Cole.  Collectively, we listen to anything and everything that’s got a lot of heart and humanity.  Genres don’t matter.  It’s just gotta have some substance.

How does the band go about writing a song? What is the process?

Pete – Most of the time, we begin with a recorded jam session and nothing else.  We simply start playing and wander around a bit while listening to each other.  Eventually and suddenly, we find ourselves locking together into some out-of-the-blue inspiration.  We ride that moment for as long as we can.  Sometimes we stop to review and adjust right then and there.  Often, I sift through the jam for the ‘golden nuggets’ once we’d finished for the day.  I’ll refine things a bit or come up with some additional ideas and the band will pick things up from there at the next session.  Usually, we get a song pretty well crafted within two or three sessions and we’re always working on multiple songs at a time.  We generally don’t spend more than an hour a day working on one song.  The alternative approach is that I’ll bring in a complete, or nearly complete song, which was the case with Rude Awakenings from our Doomsday Noises EP.  But I generally don’t like doing that.  It’s just not as fun as coming up with something together.

You had some success with your previous EP Doomsday Noises. How did you manage that in the middle of a global pandemic?

Pete – I’d like to believe that it’s because our music resonated with people and the lyrics were somewhat prescient.  But it could also be that people were stuck at home for months on end and consuming anything and everything.  And it could also be that there were fewer releases, leaving us with less completion.  LOL.

Tell us about your new single “Hesitate”.

Pete – It was the summer of 2020.  We’d returned to the studio for the first time since the pandemic hit.  We were all a little hesitant to be in a small room together.  Add to that, the summer protests and the looming election were fresh and feverish on our minds.  It was a tense time, and we had some intense conversations.  ‘Hesitate’ sums of much of that emotion.  It was born from a jam.  The lyrics all came at that moment.  They were fed by the music, and they fed the music.  we put it all together in about ten minutes.  When we returned to review it the following day, we made a couple of small tweaks and then made the final recording.  It was a very painless process.  But, for us, it released a lot of pain.

Pete – Honestly, more than anything else, I hope the recorded music gets people to our shows.  That’s when the good shit really happens and that’s when we can truly connect.  Humanity doesn’t happen over a screen and speakers connected the internet.

We hear there is an EP coming soon. Give us a peek at what’s coming? 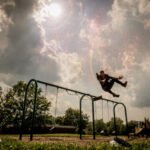